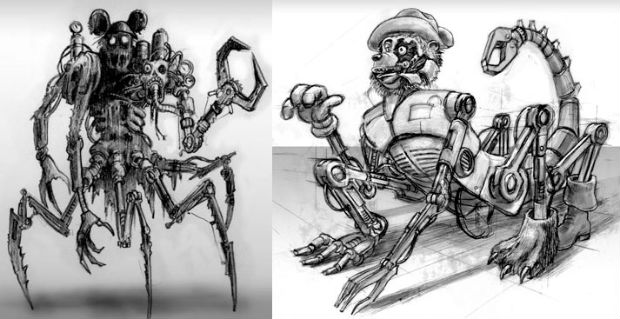 The Internet flipped its lid this past July when concept art from what’s said to be Warren Spector’s upcoming title was leaked. The game, likely called Epic Mickey, pictured a dark, steampunk vision of the Disney universe; it was like nothing we’d ever seen.

According to a teaser in the latest Game Informer, the title might be revealed as early as next month. The latest issue of the mega-popular magazine is pretty straight forward in its hints, if you know what to look for. There’s a paint splatter that looks like Disney’s iconic mouse, and the word “epic” is used more than once in the teaser copy.

Epic Mickey (if that’s still the game’s title) is rumored to be a Wii title that has Mickey Mouse using paint to manipulate the world. We were also told that the dark art-style we saw in the concept art may have been rejected by Disney, and while the game’s concept remains, the visuals as we’ve seen them may not. Either way, we’re excited to find out next month.