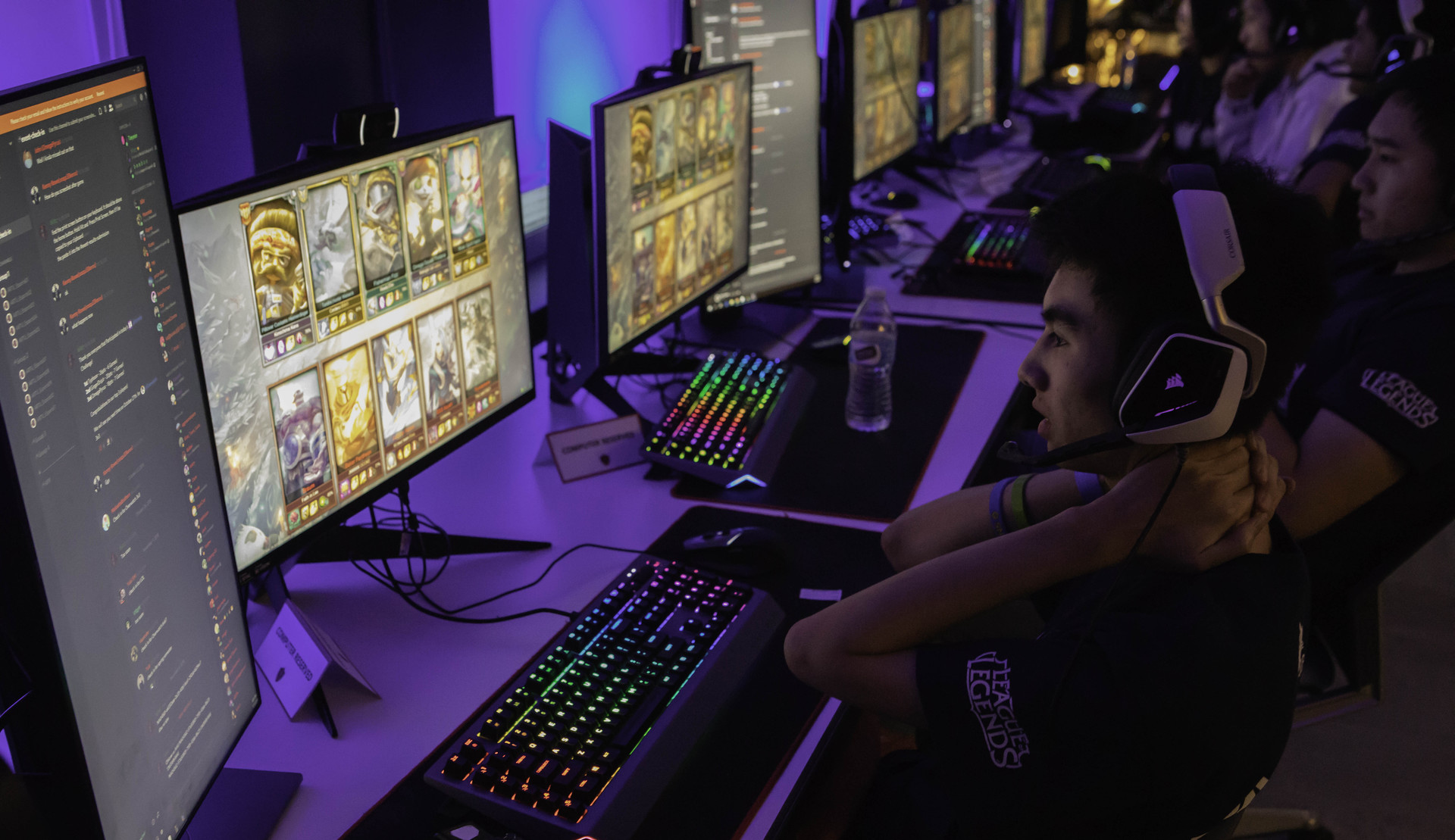 Developers aren’t hiding things from you, I promise

In the wake of the GTA VI leaks last week, a lot of people online made it very clear that they don’t know anything about how video games are made and embarrassed themselves online. One particularly egregious comment stated that visuals are the first thing finished in game development — which is just laughably false. Look, I’m as privy to making false assumptions as the next person, but “fans” going out of their way to harass game developers because they refuse to use Google’s most basic functionality is no one’s fault but their own.

I don’t mean to be harsh, and it is true that game development can be exclusive and gate-keepy — especially to those of marginalized backgrounds. But when it comes to situations where player expectations clash with the reality of what it’s like to make games, players often seem to revert to the argument that game developers are too secretive about what goes on behind the scenes.

There’s an endless list of reasons why leaks suck, but players seeing early footage of a highly anticipated title before the devs are ready to show something is up there. It’s like having someone walk in on you while you’re changing. That’s why all these takes about the game looking “unfinished” are so mindbogglingly silly — it literally is unfinished.

Then there’s the issue with social media making everyone feel like an expert, and feel like they need to share their unwarranted opinions — which is something none of us are immune to. Seeking out game devs online with some entitled crybaby comments about something they know absolutely nothing about, though, is when gamers really cross the line.

Just like how working in food service or retail helps you have a lot more empathy for the people working in tough situations, educating ourselves about how games are actually made can help players understand what’s really going on and will save everyone a headache in the long run.

What’s with the secrecy?

I will say that larger studios working on highly anticipated projects can be particularly withholding — not only is the content of their games confidential, but a lot of proprietary tools like engines or assets are trade secrets they don’t want anyone passing around. If your whole brand is built on prestige, you don’t want anyone seeing broken builds of your game, you know? However, once a game comes out, a lot of stuff becomes fair game in a retrospective “this is how we made our masterpiece” kind of way.

But what really gets my goat is that while gamers are whining about cults of devs deliberately hiding secrets from them, there have been a wealth of resources detailing every aspect of how development works right under their noses — and none of it is all that hard to find.

Since graphics are the first thing finished in a video game, and CONTROL won multiple awards for excellence in graphics, here is footage from the beginning of development 🙂

Let’s start with the fact that a lot of developers took to Twitter in response to the leaks (and the reaction to the leaks) to assure the belligerent players that having incomplete visuals is indeed the hallmark of a game that they are still working on. While this kind of thing is less common with larger studios because of all the corporate bureaucracy, indie devs do that shit for fun all the time.

If you join any kind of indie game community, whether it’s on Twitter, Reddit, Discord, Tumblr, and so on, small devs and teams are constantly releasing up-to-date footage of how they’re progressing through making their games. This includes anything from art and animation, lighting, implementing new gameplay features, and more.

Take Squirrel with a Gun, for example — the idea for the ridiculous indie title started as a joke because someone thought it would be funny to give a photorealistic squirrel a gun (it is very funny, by the way). Dan DeEntremont kept developing the idea into a full-blown game, and every step along the way, he showed his followers updates of new features he was adding. When the game is finished and out, the developer’s Twitter feed will serve as a cool kind of time capsule where you can see the progress of the idea from inception to full implementation and release.

Then there’s the wealth of talks and presentations given by the developers themselves. There’s a huge industry conference every year in the spring called the Game Developers Conference, or GDC, where devs from all kinds of studios, backgrounds, and even countries come together to talk about how they make games. This isn’t an E3-style thing where they’re putting on a show to entertain prospective players — it’s an industry-centric event for professionals to present their findings in one of the most academic settings you can get with games.

The talks cover every topic under the sun, from in-depth discussions of how a programming team implemented state-of-the-art enemy AI, to lighting artists talking about innovations in their field, to narrative writers presenting possible new frameworks to revolutionize interactive storytelling techniques.

GDC talks are full of the brightest minds in games laying all of their work out on the table for everyone to see, and while the full archive of pretty much every GDC talk ever given is unfortunately locked behind a hefty paywall (something that I understand, but should be entirely free in my opinion), there are still hundreds of them available for anyone to watch for free on YouTube right now.

If you haven’t heard of Noclip Documentaries, those are also an absolute must to watch. Along with games journalists like Jason Schreier, they’re doing some of the most important investigative work in the industry right now. They have some of the content we’d expect, like making-of interviews with devs and coverage of fun news, like a player demaking Bloodborne to look like a PS1 game.

But what they’re best known for are some of their more hard-hitting pieces, like a documentary-style investigation as to what happened in Telltale’s final hours that led to its closure, or an exposé about abuse at some of Annapurna’s smaller indie studios. Noclip always does amazing research and has interviews with those actually involved in what they’re covering — overall, it’s just good journalism.

Some studios just outright make documentaries about how they make their games. A favorite of mine is Grounded: The Making of The Last of Us, which includes interviews with designers from pretty much every discipline who detail how they brought their own passion to make the game what it is.

I’m also a huge fan of the developer commentary Valve added to Portal 2, which allows you to hear stories about the game’s creation while you’re actually playing through the game. Studio MDHR has also released some in-depth footage of their process in making Cuphead, my favorite of which is a look into a recording session for the game’s soundtrack.

Think that’s more than enough to get players started? Wrong. We haven’t even touched on the print stuff yet. There are so, so many great books about game development out there. The Art of Game Design: A Book of Lenses by Jesse Schell is a great read for anyone interested in getting into the fundamentals of game design.

Jason Schreier’s Blood, Sweat, and Pixels: The Triumphant, Turbulent Stories of How Video Games Are Made and Press Reset: Ruin and Recovery in the Video Game Industry are some of the most approachable resources for players to understand how game studios actually operate.

Former Naughty Dog developers came together to publish an entire book about how they created the AI for The Last of Us, which goes into a ton of detail — including some scary-looking math. There are books from the creators of classics like Tomb Raider and Doom, and games writers compiled a series of writings about the team that made the SEGA Dreamcast.

There are some awesome podcasts out there that interview developers as well, like Game Maker’s Notebook or Game Dev Advice: The Game Developer’s Podcast — GDC even has its own podcast as well. Point is, if you’re interested in learning more about how any given studio made any given game, there is something on the internet for you.

"Graphics are the first thing finished in a video game"
FYI, here's what IMMORTALITY looked like for the first 2 years where we were focused on getting the A.I. and combat gameplay balanced vs. how it shipped pic.twitter.com/lXoBQeKYUO

Long story short: do your research and don’t harass people

Nothing will compare to actually being at a studio working with other developers, but gamers don’t have a right to complain that studios are keeping them in the dark when it comes to the development process. If a studio isn’t telling us something, it’s usually because they want to make sure all of their ducks are in a row before going public. Making games is so volatile and things change really fast, that if you’re too premature in releasing your info, it can easily backfire. We see this all the time with delays or games that promise more than they can actually deliver.

I understand that waiting for games patiently can be a difficult thing to do, but part of the reality of being in this industry, whether it’s as a professional or a fan, is tempering expectations in an understanding that making games takes a really, really long time, and that developers don’t owe us anything during the development cycle.

I know I’m only yelling at a small, loud minority here, but if nothing else, looking through resources like these can be a lot of fun for any hobbyists who are just interested in learning more about what goes into the games we love playing.