Let’s say you download Unity3D, you roll up your sleeves and you get to work. Six months later, you’ve got a game! All your friends say it’s fun, and when you posted it on that forum, it got good feedback.

Congrats, you’re a game designer! You upload it to some online stores, watch it pop up at the top of the ‘New Releases’ list and wait for the money to roll it.

…And wait
…And wait some more.

The game is a flop. It’s fun and pretty, but it just didn’t get on the front page. Even though the reviewers liked it, not enough of them know it exists. Of the millions of gamers that frequent the internet, almost none of them know your game exists.

This is a horrid feeling, one which I know all too well. And the problem is that just making a good game is no longer enough. The job of the modern indie developer is to make a good game & put it in front of millions of people. 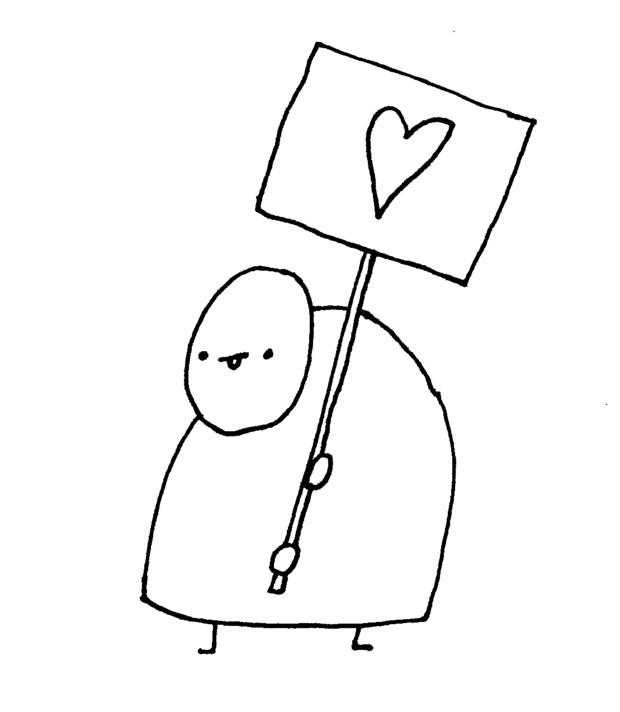 In my early twenties, I was someone who thought graphics didn’t matter. That games were about gameplay above all else. Over time, I’ve slowly become an artist and animator, made cute or beautiful games and even had my work displayed in art galleries. I couldn’t have been more wrong. How a thing looks matters to the experience.

I had the same gut instinct about marketing. I didn’t like it! I’m a game designer, not some marketing exec, who runs around spouting corporate bullcrap all day.

But after enough experiences where I built my games and dropped them into the bottomless maw of the internet, never to hear from them again, I decided to give marketing a try.

Marketing is a skill. It is quite a deep skill-set, in an ever-changing market, that requires ridiculous amounts of hard work. And while the actual work tends to consist of emails and spreadsheets, the result is more people who enjoy your work. There is nothing like a buzzing community of fans to remind an artist that they are making things that make people happy. And that’s a wonderful feeling.

SO MANY NEW FRIENDS

Being an indie game developer is becoming more and more popular. I was one of the first 10-15 indie game devs in Toronto, attended the first tiny game jams and drank beers in tiny hipster bars with the other devs.

Now there are thousands of us. Game jams that take over entire buildings, and game design events happening every night of the week. Toronto has exploded into an amazing world of indie game design.

And it’s not just Toronto, it’s the whole world. The tools are easier, and the path to fame and glory has so many inspiring examples, that everyone is trying to make a game.

In some ways, this is a bad thing. Steam is becoming more and more crowded. We’re asked to care about a new Kickstarter or game blog every day. At some point, it wasn’t enough to just make a good game. Now there are hundreds or thousands of good games every year.

Many older developers are leaving the field or shouting about the doom of our industry, convinced that it’s being swamped by all the young developers, by the race to the bottom and by the big app stores.

But in most ways, this is a good thing. The more people in our industry, the more likely an equilibrium will be achieved. What we had before was a gold rush, an early Hollywood all-or-nothing industry.

What I want to live in is one where making good games puts food on the table and is a viable career, and isn’t just a stupid gamble where you either go bankrupt or make millions.

And I think that means that we need to change how we think of indie game developers. From basement coders to people who understand marketing & business. After all, what we’re doing is running small businesses.

Anything that is being talked about at a convention is three years old. The first year, someone invented it. The second year, people who were well placed noticed that it was doing well, and learned it. The third year, one of these people got invited to give a talk about it.

In the game industry, three years is an eternity. In 2013, while Alexander Bruce (creator of Antichamber) was traveling around the world, giving a talk about how to drum-up press by talking to all the journalists, I was releasing Electronic Super Joy.

And contrary to Alex’s talk, I was finding out that these days, journalists, even big ones from IGN, Destructoid and Joystiq, don’t bring much traffic. I discovered Twitch streaming and YouTube Let’s Players, and these celebrity personalities showed my game to tens of millions of people.

The problem was, Alexander wasn’t wrong. He was just out of date. Now, everyone knows about Let’s Players & Streamers, and they’re bombarded by emails asking them to play certain games. Some of them have started charging & doing paid reviews, and more or less, the gold rush of cheap easy traffic from Let’s Players is over. 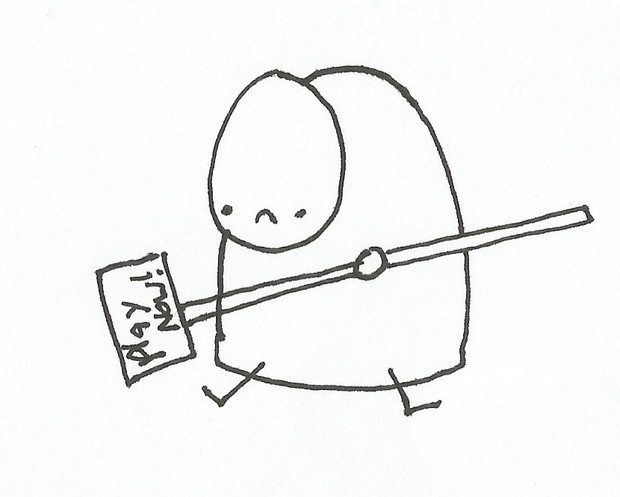 THE NEXT BIG THING

What’s the next thing? I don’t know, but I have a few ideas. I think Micro-Publishers are a possibility. I notice that the 3DS makes a lot of money, but Unity doesn’t port to it, so the most recent crop of games have ignored it as a platform. And I see games that constantly release updates as becoming more and more important.

Many of the old publishers are dying and splintering into small offshoots. Several trendy “Indie” publishers have arisen, with more on the way. Devolver Digital, LOOT Interactive, Nighthawk Interactive, IndieFund and Midnight City to name a few.

The more traditional publishers, such as Microsoft, Amazon, Valve, Sony or Nintendo, have become used to working with indie developers. Most no longer require that you have dedicated offices, static IPs or minimum numbers of employees. They’ll work with one guy in a cafe now about as easily as they’d work with companies of a hundred people.

A publisher can bring your game to several big events (PAX, E3, Gamescom, Tokyo Game Show), and can even put forward funding to hire that extra artist or programmer you’ve been missing.

Asking for $100K in funding, or $40K for the marketing budget isn’t crazy anymore. And they’ll still do it for the quite good split of 70/30 before they recoup their money, and 30/70 after they do.

They also have relationships with the big stores, so if you’re not personal drinking buddies with Greg at Apple, or Anna at Steam, they can still get you that big front-page feature spot for you.

If you build your games in LUA or C/C++, then porting to the 3DS is not very hard.

It’s a market that has shown consistently high sales and isn’t overcrowded. Yet, because the Unity framework is too heavy to port to the 3DS, it’s being ignored by the latest crop of games, 99% of which use Unity.

Games that get updated over time have stronger fan communities. They have something to care about, to continually replay the game for, which increases word of mouth and general buzz about your game.

Some game ideas are based around consumable content, such as levels. A designer takes a day to build a level, and the gamer plays the level in 10 minutes. This is possible to do frequent updates with, but requires many more work hours.

Other games, like Nuclear Throne or Desktop Dungeons, are designed around procedural generation. If they add a single new monster, it filters through the entire game.

Simulation games are also powerful for this reason. Prison Architect adds a new type of Prison Guard, or the ability to have prisoners grow vegetable gardens, and I’m back playing it, spending another 10 hours just to see if I can make a prison that feeds itself entirely with broccoli.

But finding the next big thing is just a multiplier. Reviewers, streamers and Let’s Players take the value of your game, and multiply it. If the game’s value is zero, that’s not going to do much good.

However, there are marketing choices that are ever-green, that are always going to be useful. I make sure I do them for all my games.

These are things like “Does your game look good in screenshots?”, “Does it have a good trailer?”, “Is playing it a wonderful experience?” and “Is your game special?”

IS YOUR GAME SPECIAL?

What does your game have, that others don’t? If it’s a generic RPG, that I’ve seen a million times before, why should I care?

Marketing a game that doesn’t have a hook is a hundred times harder than marketing a unique & special game dripping in new ideas. And marketing your game is part of your job as the game designer.

As a game designer, you come up with hundreds of ideas for games. Don’t settle for one that is a good game. Make sure it’s a good game with an interesting hook, has a cool art style, uses music in an interesting way and is naturally filled with humor or storytelling.

Your checklist might be different, but it’s important to think about marketing at the idea stage.

I know at least a dozen indie game designer friends who shot off a single mass-email to journalists and called it a day. This is a bad idea, because these journalists are professionals. They get a hundred of these emails a day, and they can smell a mass-email a mile away.

Think about it, do you get fooled by spam in your inbox? Would “HELLO <Insert Name Here>! I MADE A GAME WHICH I THINK IS A GOOD FIT FOR YOUR WEBSITE TO REVIEW!” fool you?

What you have to do, is email all of them. One at a time. Thousands of them. It’s going to require time. I spent almost all of August 2013 writing emails. I’d google the reviewer for ten minutes, learn a little about their style of gaming, then write a direct and personal email. By the end of the month, I sent over a thousand emails.

My rule was that I couldn’t copy and paste anything. I had to retype it every time. This meant I’d type the same thing a hundred times a day. But it meant that they’d probably actually read my email.

If they don’t read your email, because it feels spammy, what is the point in writing it?
Electronic Super Joy (the game I was doing this for) was reviewed by so many press sites that I ended up handing out 10,000 review keys, 95% of which were redeemed.

In the end, making a game is hard. But we know this, and try to plan for this fact. We choose good tools and we design ways to reuse content. We give ourselves enough time & tailor our ideas to our abilities.

Marketing is also hard, and if not planned for, nearly impossible. Think ahead & it can be the same as development. A challenge, but nothing that you can’t defeat! 🙂

Michael Todd is a Canadian game designer/artist/programmer/business person, all of which he’s terrible at. He’s made over thirty games to date, the most famous of which is probably Electronic Super Joy.