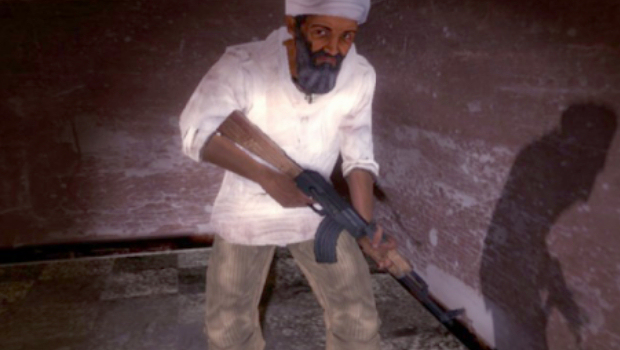 An Iranian-American game designer has been sentenced to death in Iran on charges of producing movies and games intended to subvert Middle Eastern regimes. Amir Mizra Hekmati allegedly admitted that he was in the employ of the CIA to produce these games, as well as undertake spying duties.

According to the confession, Kuma Reality Games “was receiving money from the CIA to (produce) and design and distribute for free special movies and games with the aim of manipulating public opinion in the Middle East. The goal of the company in question was to convince the people of Iran and the people of the entire world that whatever the U.S. does in other countries is a good measure.”

Among Kuma’s games was a particularly unsubtle title that allowed players to fight through a speculative assault on Iranian nuclear facilities. Other games allowed for the killing of radical Islam militants such as Osama Bin Laden and Abu Musab al-Zarqawi.

Iran’s Revolutionary Court found Hekmati “Corrupt on Earth and Mohareb (waging war on God).” A statement from the White House’s National Security Council denies Hekmati was in the CIA’s employ, saying, “The Iranian regime has a history of falsely accusing people of being spies, of eliciting forced confessions, and of holding innocent Americans for political reasons.” It is demanding the developer’s release.