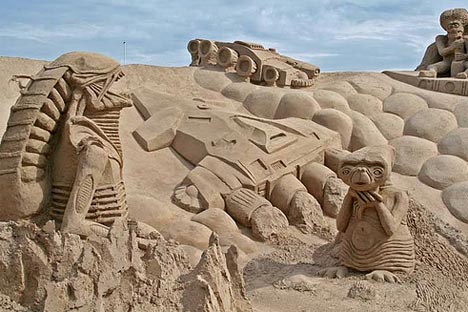 In the last debate, we took a look back at the entire GTA series and asked everyone if their opinions had changed after a month of Grand Theft Auto 4 gameplay. Last year we saw Vice City dominate GTA III in a similar debate, so it was interesting to see how some people still stood faithfully by their GTA 80s experience, while others shifted their tastes over time. Favorite votes and least favorite votes were cast for ten different games in the series, and below are the ones most voted for:

It’s always fun to see games like San Andreas in these debates, where they are loved just as much as they’re despised. Last week you guys were all really thurough in the reasonings for your picks, so this week I’m going to ask for an even more detailed diatribe. I want to hear all about the game you hate the most. No, not that one game you read was terrible, or the lame walkthrough video you saw online at a friend’s house. I want to know which game tortured your gamer soul more than any other over the course of your life.

What’s the worst game you’ve ever played, what console system was it for, and why the hell was it so damn bad? Was it the story or gameplay or difficulty or the complete lack of all the above? Give it some serious thought, cast your votes, get some friends to share their horror stories as well, and check back next week for the winner.

[Desert Atari E.T. coming back for revenge picture via Flickr.]