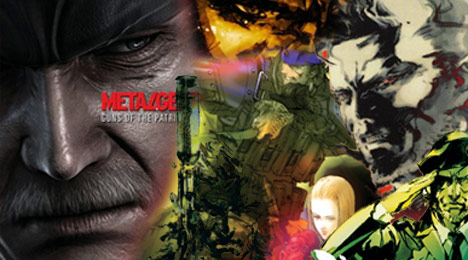 In the last debate, we shared similar nightmare stories about the hardest games we’ve ever played. Hundreds of votes were cast for over a hundred different horror stories, but in the end only two games stood out from each category. Below are the top results from each group:

For this week’s debate, since Metal Gear Solid 4‘s release date is right around the corner, I’d like to take a look back at all the other games in its series. Whenever I hear friends talking about each MGS game, it’s always hard to tell which is their favorite and least favorite. While that might be the sign of a good game series, that doesn’t mean we can’t weigh the pros and cons and still debate the topic.

What’s your favorite Metal Gear game so far, and why? Give it some serious thought, cast your votes and reasons, get some friends to share their opinions as well, and check back next week for the winner.