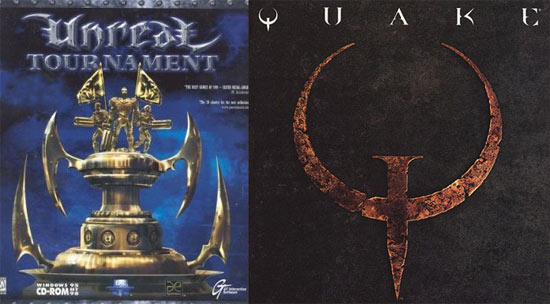 Last week I asked everyone what game debates they wanted to see, and one topic that got a lot of praise was developer debates. It’s the best suggestion I’ve read in a while and I’m definitely going to designate a few weeks to that theme, but first I want to hear which game developers you’d like to argue over. So on top of this week’s debate vote, also leave a few comments telling me what some of your favorite developer studios are that you’d love to stand behind in a fight to the death.

This week’s debate comes from DaedHead8‘s suggestion of the Quake series versus the Unreal Tournament series. It’s time to put your fragging fingers to the test — tell us which FPS series is better, and why? Take a break from playing BioShock, cast your votes, give us a reason for your decision, get some friends to give their opinions, and check back next week for the winner.