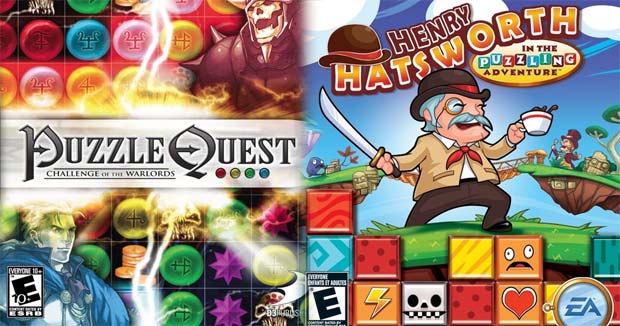 Last week was one of the closest debates we’ve ever had. For the first fifty to sixty comments there was a steady tie as both games refused to back down. Eventually one game’s momentum brought home a win, but just barely. Here are the results:

It’s interesting that half the votes for each side were cast with obvious indecisiveness, so both games should be proud of their performances. This week we move on to what will most likely be another nail-biter photo finish. This showdown was brought up numerous times a few weeks ago when I asked for DS suggestions, so let the (puzzle) games begin!

Which game do you think is better, and why? Give it some serious thought, get some DS friends to share their opinions as well, and check back next week for the winner.

Bonus Question: What was one thing you didn’t like about the game you voted for?