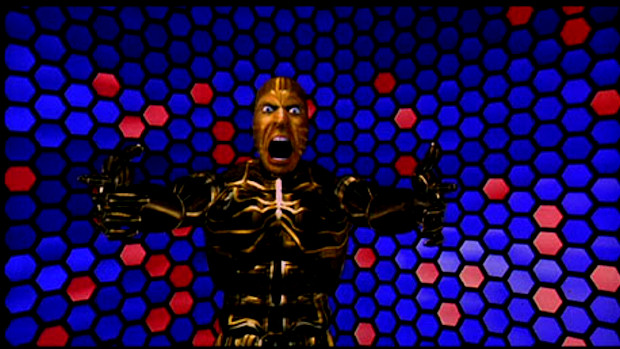 Lt. Col. Dave Grossman is a name that pops up in anti-videogame circles now and then. He’s an author and former military man who believes that children can train themselves to become snipers by playing Halo, and has criticized videogame violence for many years. He views games (as well as movies and TV) as such poisonous material that he believes kids need a ten-day “detox” period to clean the filth away.

“[Grossman] described, in chilling detail, school massacres at Columbine High… the Red Lake Indian Reservation in Minnesota and Virginia Tech. Just as graphically, he conjured the brutality of videogames such as Grand Theft Auto and Manhunt, reports the Grand Forks Herald. “Grossman, an expert on school violence, went on to trace a connection between the two, complete with brain scans and a study of juvenile murderers. And he pitched a singular idea to gathered educators — a 10-day television, movie and video game “detox” …”

Grossman adds that violent videogames are evidence of society going mad: “This is not business as usual. This is our world coming unglued. This is our society coming unhinged.”

I’ve always found Grossman to be faintly ridiculous, not least due to his belief that a videogame could provide children with all the tools necessary to operate a gun to deadly effect. His scaremongering, hyper-reactive claims do little to serve his point, making him sound more like a frightened old man than a man with legitimate concerns. Also, this ban is never going to happen, because most people, deep down, know that videogames really aren’t the root of society’s great moral decline.