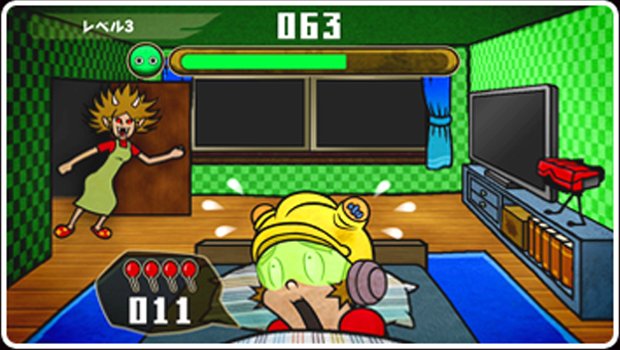 I was a little disappointed with Game and Wario when I played it at E3 2012. It came off as limp and uninspired compared to most prior WarioWare games. Arrow and Ski felt felt too much like similar mini-games found in Nintendo Land. Shutter and Fruit were both a little more original, but still lacked a certain spark.

I’m relieved that some of the other Game and Wario mini-games are more spritely. We already knew that Measure Up (the former Wii U “experience” made famous by Shannon Gregory) would be a part of the final package, but we’re not getting word that Pirate (formerly known as Shield Pose, the Rhythm Heaven-esque Skeleton themed dance and die game) will also be a part of the proceedings.

There’s also the newly announced Gamer (which has you playing series of WarioWare style micro-games on the GamePad after your bed time, forcing you to keep an eye out for your mom who may pop up on the TV and end your fun), Disco (another Rhythm Heaven-esq game that pits you in a local competitive dance battle), Kung-Fu (a platformer with a hunger meter) and Patchwork (a shape combining puzzle game). On top of that, there are at least eight more games set for potential announcement (including one starring Fronk).

I’m still not 100% sold on the game, but I’m definitely feeling more optimistic. How about you? Do you like this new direction for the series or would you prefer these games stayed micro-sized?