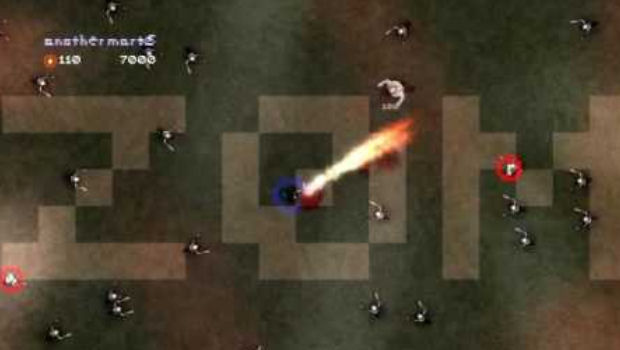 A short while ago, we reported that Harmonix was testing a new (and awesome) song on the Rock Band Network and suggested it might come out for Rock Band 3. Turns out the news is even better than that — I MAED A GAM3 W1TH Z0MB1ES 1N IT!!!1 is available right now!

Ska Studios made the announcement today, also stating that the game sold an amazing 308,000 copies, which is terrific for an Xbox Live Indie game! Not only that, but twat-friendly store Hot Topic will be selling a number of GAM3 W1TH Z0MB1ES 1N IT clothing items via its online store.

The game is amazing, so get it if you haven’t already.