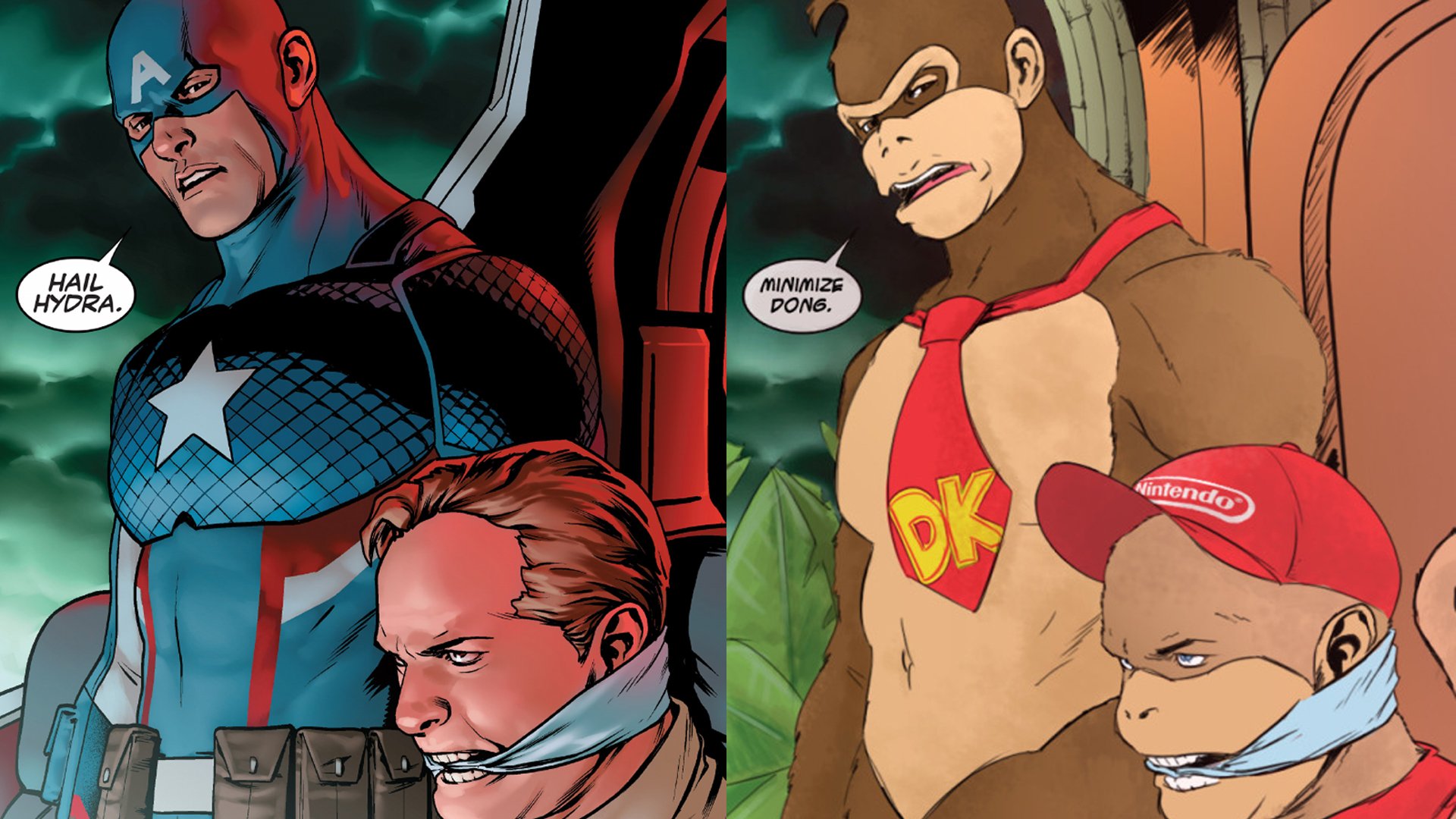 If you’ve been on social media lately, you’ve probably seen someone reacting to a twist in a recent Captain America comic that has the Cap revealing himself to be a double agent for the evil Hydra, as seen in the header above.

A lot of people are upset about it, maybe because Captain America was originally created by two Jewish men and Hydra are basically Nazis minus the imagery. Or maybe people just don’t like twists. Marvel poster boy Stan Lee called the twist “a good idea,” while comic book superfan and movie director Kevin Smith said it “could be fun but won’t be a canon change.“

Regardless of how you feel about the actual reveal, it spawned a meme of characters from other universes committing the same kind of double-agent twist, and many of the ones based on gaming are fantastic.

Unfortunately, it seems nearly impossible to know who the original creators of many of these pictures are, but hands down my favorite is the Donkey Kong “Minimize Dong” one made by NeoGAF poster Dicks Ahoy.

Other honorable mentions include Pepsiman hailing Coke, and Hideki Kamiya — designer of Bayonetta and famous for blocking people on Twitter — unblocking.