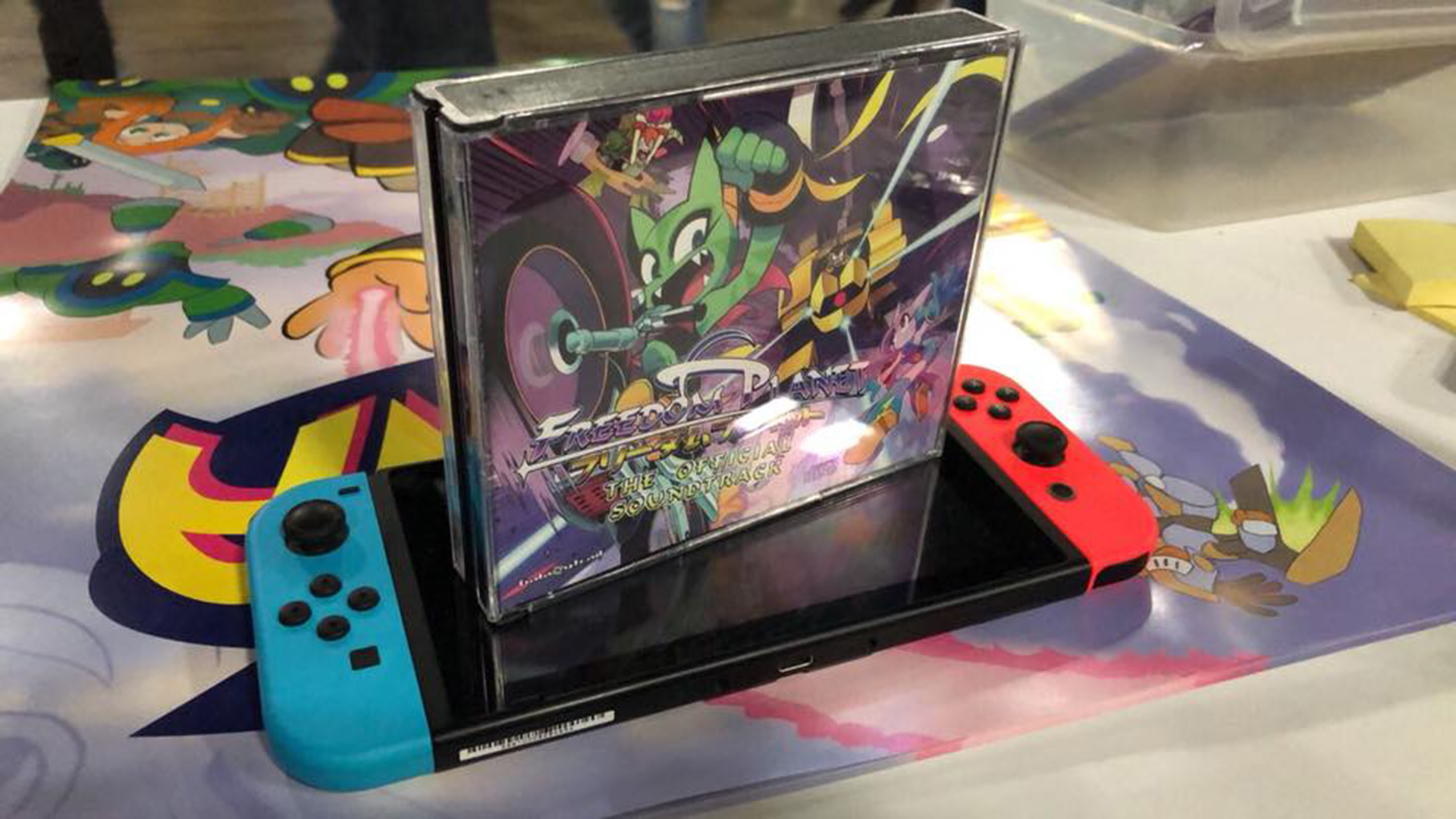 Nintendo is riding high lately thanks to the Switch, so much so that large and small developers alike are looking to follow suit and catch the momentum. This may also include the fine folks over at GalaxyTrail, who might be looking to bring Freedom Planet to the Switch (if a Facebook gag is anything to go by).

Over the weekend on their Facebook page, the developers teased the idea of Freedom Planet on the Switch with the cheeky and classic bit of placing a copy of the game on top of the system. After the large response from the post however, the developers followed up and clarified some things: 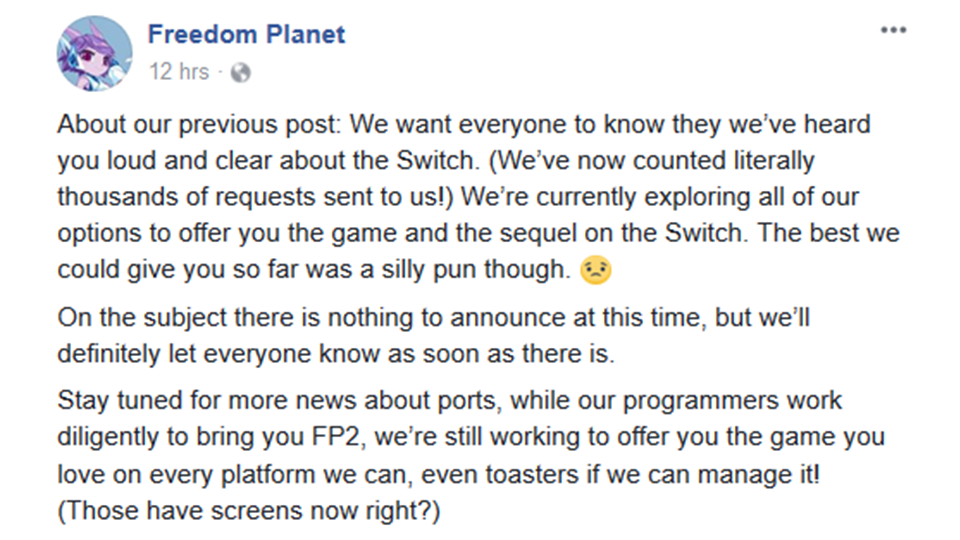 Personally, I think Freedom Planet would make for a perfect portable experience and with development still underway for its sequel, this could very easily tide plenty of people over until it releases.