Gal Gun: Double Peace is a new PS4 and Vita title the ESRB describes as an adventure game where, after the protagonist is struck by cupid’s arrow, players must “fend off female characters,” who are often depicted “wearing revealing outfits” (such as lingerie) and in “sexually suggestive positions,” which include being “stuck in windows, arched on the ground, [and] restrained by a tentacle monster.”

Futhermore, there is “a ‘Doki-Doki’ mode, in which a 360-degree view of female characters is depicted; players attempt to bring characters (clothed) into a state of euphoria by using a cursor to click on various body parts (e.g., face, legs, chest). Sexual moaning sounds can sometimes be heard.

“The dialogue also contains sexual innuendo and provocative material,” the ratings board’s product description concludes, with the examples: “Are you sure you can pull out in time?”; “Can you show me your boobs?”; “You’re doing it so hard… I think I’m about to…”; and “I’ll rip your clothes off lustfully!”

So, let’s  just say it’s a bit amusing the back of the box reads “E” for “Sexual Content:” 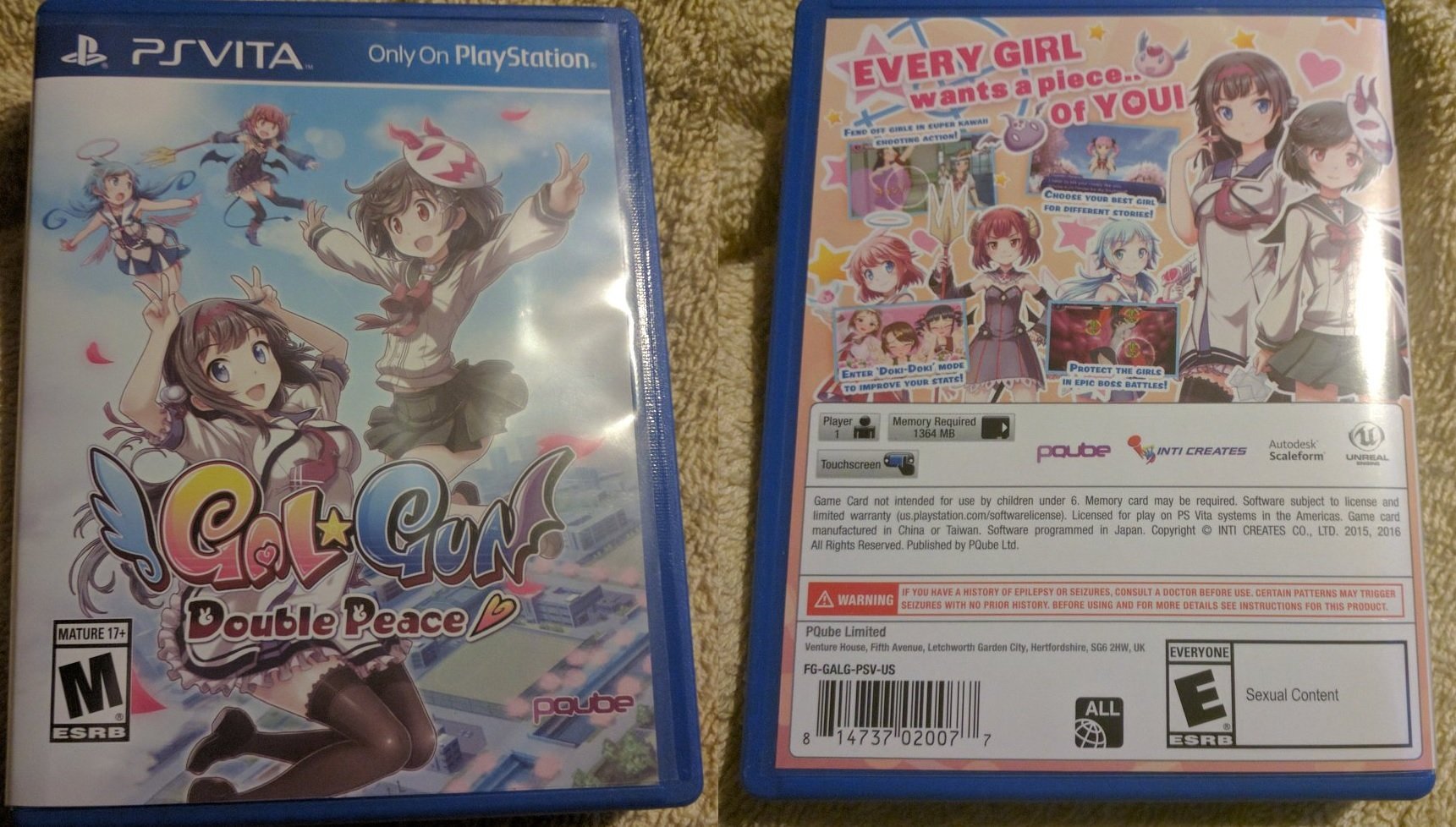 Heh… At least they got everything right on the front, I suppose.