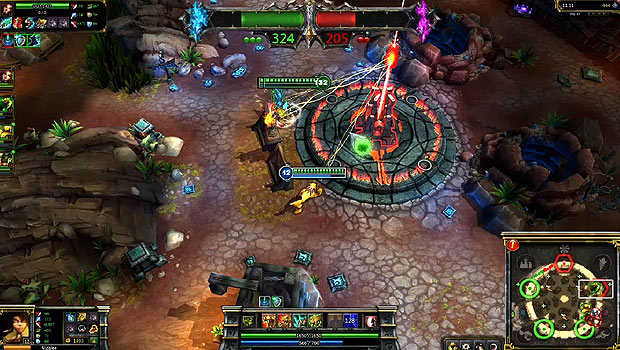 I’ve always been a big fan of developers releasing notes or videos talking about how they want to go about handling game production and updates. Not only the methods, but also the reasoning and goals they want to achieve. Riot Games released a couple of videos over this past weekend detailing what will be coming to League of Legends and also rationale behind some of the changes.

The first video details the upcoming Dominion game type. I’ve only played a bit of League of Legends, but it seems like the goal with this mode is to make something more action-intensive and much faster than what is in the current game. It’s also nice to see that they’re trying to push more of the teamwork aspect with this new mode.

The second video talks about upcoming balance changes that will arrive with the next patch. The characters with some minor changes detailed include Fiddlesticks, Garen, Leona, and Nasus; the one with the most changes is Pantheon, who will be seeing a lot of tweaks to how his skills work.

Tweaks to how death streaks, kill streaks, and assists work are also explained. These changes will hopefully make support characters worth more as targets. As someone who mains Sona and Leona, these seem very welcome in my book.

There are no patch notes at the moment, though a detailed text list is promised for the near future.