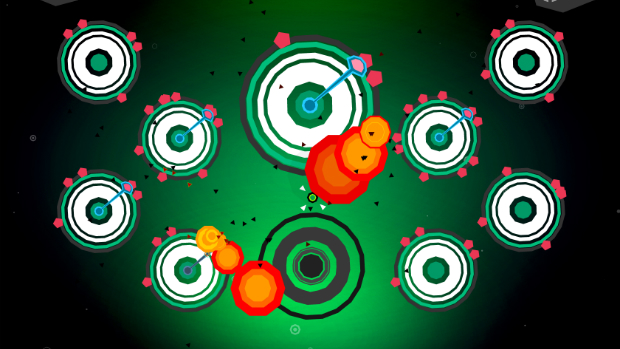 A few years ago, Bit.Trip series creator Gaijin Games acquired Robotube Games, but until recently we had not seen the fruits of that partnership. In just a couple weeks, Robotube’s two new titles will be shown to the public.

Destructamundo is a game about creating chain reactions with nuclear warheads in order to destroy planets. It seems to play a bit like Every Extend Extra, but with more of a focus on puzzles than on rhythm action. Woah Dave! looks a bit like Mario Bros. on speed, complete with a POW-esque “WOAH” block. Unforgivable spelling aside, it looks neat.

Both Destructamundo and Woah Dave! will be part of the Indie MEGABOOTH at PAX East.