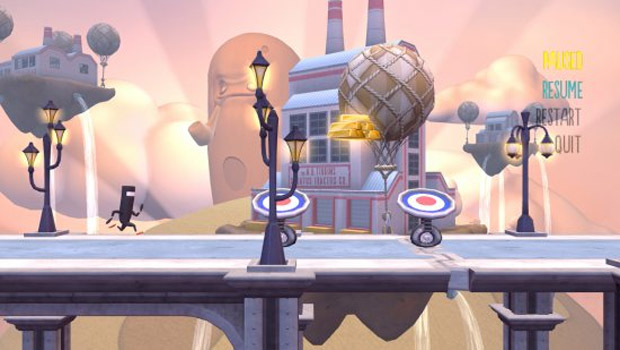 Since wrapping up the Bit.Trip series with the sublime Bit.Trip Flux, Gaijin Games has broadened its horizons, re-releasing some of their more popular titles for PC and iOS. Spending the last few years inducing smiles from Nintendo enthusiasts, the Santa Cruz-based indie studio shifted its focus to PlayStation Network and Xbox Live Arcade, apparently drawing a bit of ire from their most fervent and loyal patrons in the process.

Fear not, perturbed prospective Wii U owner — the developer has announced their next title, Bit.Trip Presents: Runner 2, Future Legend of Rhythm Alien for Nintendo’s next generation console.

Complete with infectious chiptunes courtesy of Fez composer Disasterpeace, Gaijin has also announced a vast array of new abilities, costumes, and close to ten playable characters for the follow-up to Bit.Trip Runner. You can expect Wii U Game Pad support and trophies as well, if you’re into that sort of thing.