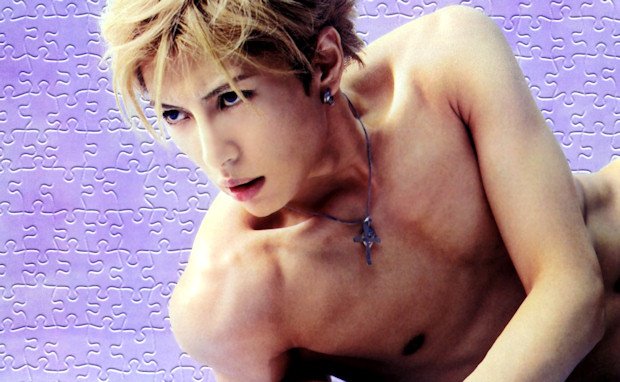 I have a big fat wobbly man-crush on Gackt, and really, who could blame me? The androgynous Japanese singer looks quite unbelievable, and I have made a mission in life to mack Gackt’s sack, whether he grants me permission or not. Further proof that he deserves a rigid buggering has come courtesy of Koei, with confirmation that he’ll be involved in the promotion of Samurai Warriors 3.

Gackt and videogames have gone hand in hand for quite some time. Squall from Final Fantasy VIII was famously based on him, and he even had his very own game in Bujingai, which was … well … not horrible. Gackt will be providing the end theme music for SW3, and will also be taking part in an advertising campaign.

The ad campaign will begin in October, with the game heading to Japanese Wiis in November. I want to have sexual intercourse with Gackt until both of us are crying.