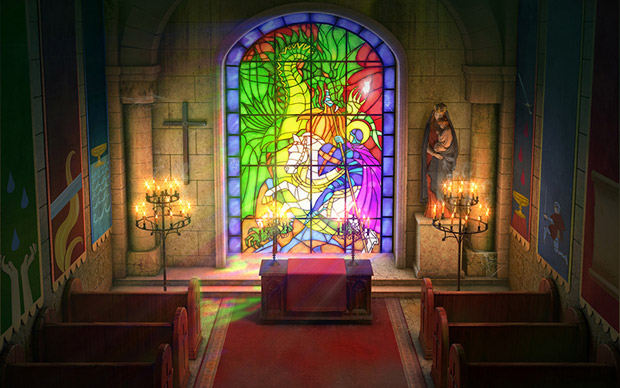 Jane Jensen’s point-and-click adventure series Gabriel Knight is coming back next year — that’s the impact crowdfunding has had on adventure gaming. Jensen’s Pinkerton Road is remaking the original title, Gabriel Knight: Sins of the Fathers, for PC, Mac, iPad, and Android as part of its 20th anniversary. It’s painful to think that the ’90s were so long ago.

It was actually Activision, the license holder, who reached out to Jensen for the remake after the company decided now was the right time. It’s being developed by Phoenix Online Studios, the team working on the Kickstarted Moebius, under her direction. You might also remember this studio as being the one behind The Silver Lining, a King’s Quest fan game.

The main differences for the revised Gabriel Knight are audio/visual. The artwork will be more suitable for modern-day resolutions; the music is going to be redone by the game’s original composer, Robert Holmes; and the voice cast is all new. That latter element is being handled by Bay Area Sound, who worked with Telltale on The Walking Dead and Tales of Monkey Island.

It’s fantastic to see the series in the limelight again. Even better that it’s not being funded by fans.