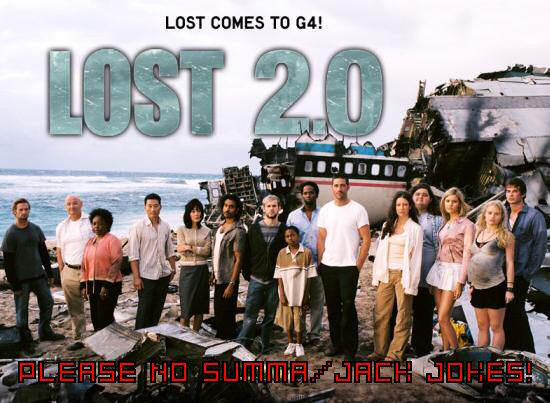 Starting on November 9, G4TV will be bringing you coverage of six Major League Gaming tournaments leading up to the final tournament in Las Vegas. The show will not only cover all of the gaming action, but will also bring you info on all of the games and the pro gamers.

G4TechTV has also started showing Major League Gaming in Canada on Saturdays and Sundays, though there is no word on whether it’s a limited gig like G4TV. So far, G4TechTV is showing all of the U.S. tournaments, but with any luck they will start showing Canadian tournaments now that MLG has arrived in the Great White North.

G4TV also announced that they will start showing episodes of Lost, starting with the beginning of the series, with a special online interactive feature for viewers to chat about the show. No specific date has been announced, only that it is set for launch in Fall 2008.

Well … at least they added a new gaming show to the mix, and Lost is pretty cool. I guess this makes for a better announcement than just the Heroes bit.

Filed under... #Does it suck?#G4TV#Television