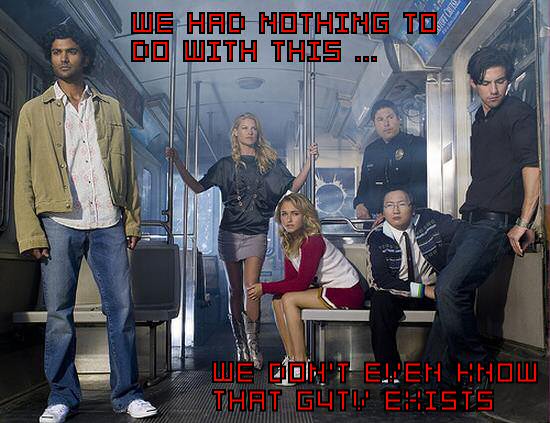 After not revealing their announcement on the actual day that they were suppose, and then giving us a week of re-runs, G4TV and Attack of the Show have finally gotten it together and have announced their big news tonight. Wait for it …

Starting November 3, G4TV will be running new episodes of Heroes on Saturday nights at 10 PM. Yep, that’s the big news. The news that they’ve been waiting 2 weeks for them to get the “OK” to tell us. So basically, G4TV is saying that viewers will be able to watch new episodes of Heroes six days after the episodes premiere Monday nights on NBC. That’s great news for the small percent of people that don’t own a VCR, TiVo or DVD recorder.

But wait there’s more! On October 27 and 28, anyone who missed season one of Heroes will be able to get caught up with the show by watching the Heroes marathon. Wow … that somehow still didn’t make up for the first boring announcement.

I hate to sound cruel, because I really do like G4TV (and all they do to support Destructoid), but come on — this is what G4 thinks is a big announcement? In the blogging world, some people get fired for hyping announcements like this.

Filed under... #Does it suck?#G4TV#Utterly pathetic