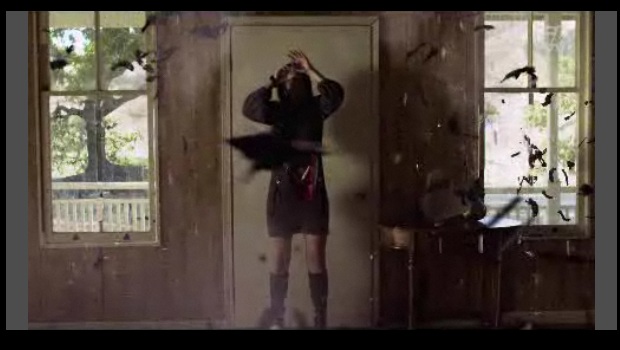 G4 Films has been putting together a “Epictober Film Festival” event this month, which concluded today with the short, “The Birds of Anger.” It’s an obvious homage to the 1963 classic The Birds and some little mobile game no one’s heard of, Angry Birds.

The film has some sort of weird love triangle going on, a girl bringing eggs over and birds causing extreme mayhem. Also, a shotgun comes out at one point. You should at least stick around for that part. The moral of the story is never ever let a hot girl bring eggs over to your house. Unless, of course, you want it destroyed by hundreds of crows and doves.

The Birds Of Anger – A G4 Films Presentation [G4]