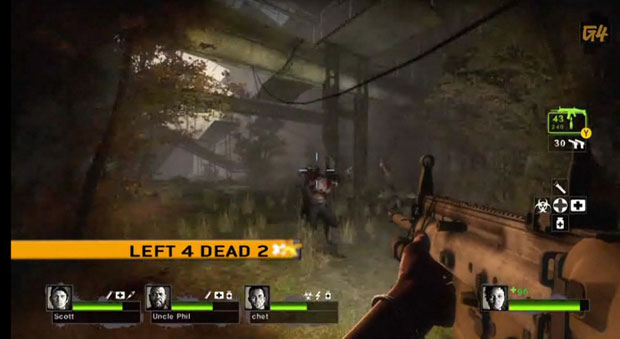 All morning long, I’ve been fighting with my video editing software just to bring you guys an unfiltered look at the Left 4 Dead 2 demo that just hit Xbox 360 for pre-order folks. But you know what, forget it; I give up.

Why? Because G4 just blew up the Internet with more Left 4 Dead 2 coverage than anyone has any business having. We’re talking videos, interviews, as well as exclusive looks at some of the game’s new modes and campaigns. That “Realism” mode we were talking about? It’s just what you’d expect, and it looks awesome.

Hit the jump to see G4’s Abbie Heppe (who, from what I understand, is way better at Left 4 Dead than you) chat it up with Valve across four exclusive interviews.