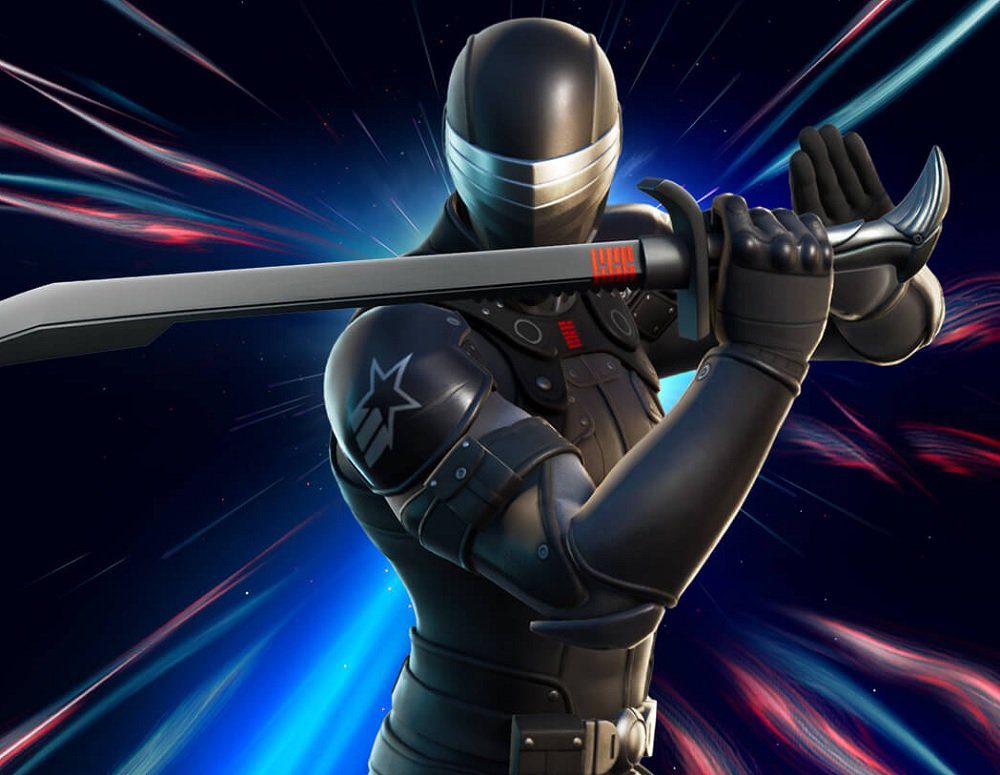 Well, that didn’t take long at all. Following a short teaser at the start of the weekend, Epic Games has revealed that ’80s toy/cartoon/comic book line G.I. Joe: A Real American Hero is indeed crossing over with the studio’s mega-popular battle royale title, Fortnite.

Now available from the official Fortnite store, the Arashikage Clan set brings G.I. Joe’s top infiltrator and highly skilled master ninja Snake Eyes to the Hunter roster. Shrouded in mystery, Snake Eyes was one of the first commandos to join G.I. Joe, and while his identity and background remain a mystery to this day, Snake Eyes has won many a battle via his totally rad ninja skills and commitment to the cause.

The Arashikage Clan set includes the Snake Eyes skin, a Katana Pickaxe and some Back Bling – which kills me a little more each time I write it. Sadly there’s no sign of his trusty doge pal, Timber. Epic Games has not stated whether Snake Eyes will be joined by any of his G.I. Joe comrades or Cobra adversaries in the near future.

Still, he can always fight it out with the Predator… or Sarah Connor.

Snake Eyes from @GIJoeOfficial is the newest Hunter to come through the Zero Point! Grab his Set in the Shop now. pic.twitter.com/7LwasHpqle