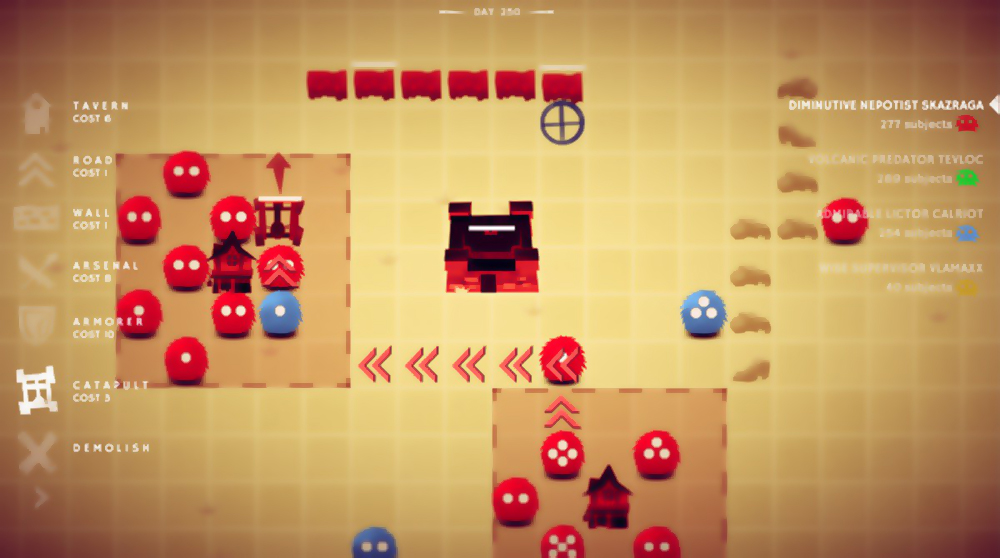 Inspired by The Game of Life

Eric Ford‘s Social Justice Warriors ended up making headlines after the term became a hot button point of contention between various hashtag activists in 2014 and 2015. For his latest game, the social commentary is a bit less overt. On the surface, Automata Empire is a simple game about directing little fuzzy people to migrate and battle each other before the undead destroy them all. Dig a little deeper and you may find some ideas about climate change, tribal psychology, the futility of the environmental cure, and other fancy pants thoughts, but if you just want to get involved with little furry dice people killing each other then call it a day, that’s good too.

The game was inspired by The Game of Life, a “zero player game” created by John Conway in 1970. Given Eric’s prior work on The Matrix Online, I’m not surprised that he’d be fascinated with a game about watching simple, amoeba-like artificial life forms interact with each other.