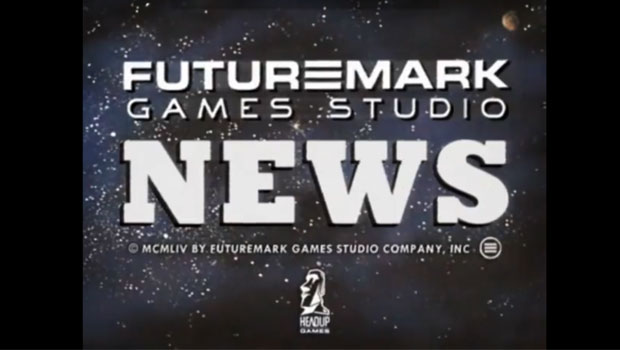 September 20th, 2011 — A spacewire transmission is sent out of Helsinki, Finland. Futuremark Games Studios is seeking PC gamers to help beta test its new game Unstoppable Gorg. The game is a “thrilling space defense game inspired by vintage sci-fi films from the 1940s and 50s” that builds upon traditional tower defense conventions.

Instead of towers, you will place satellites on a familiar grid-like layout as other tower defense games. Unlike a traditional one though, here you will also have to move them, in order to account for their orbit around the planet you’re defending.

This is being billed as more than a marketing beta. Jaakko Haapasalo, director of defense at Futuremark Games Studio says, “We need enthusiastic players to take part in a proper, old-school beta — one where players’ suggestions and ideas will actually influence the final game.”

It’s slated for iPad, Xbox Live Arcade, and PC, though the beta will only be for the PC. Anyone interested in heeding the call of duty can apply on Futuremark’s forums, or by liking them on the Unstoppable Gorg Facebook page. The only minimum requirements are that your computer can run Windows XP and has DirectX 9 hardware.