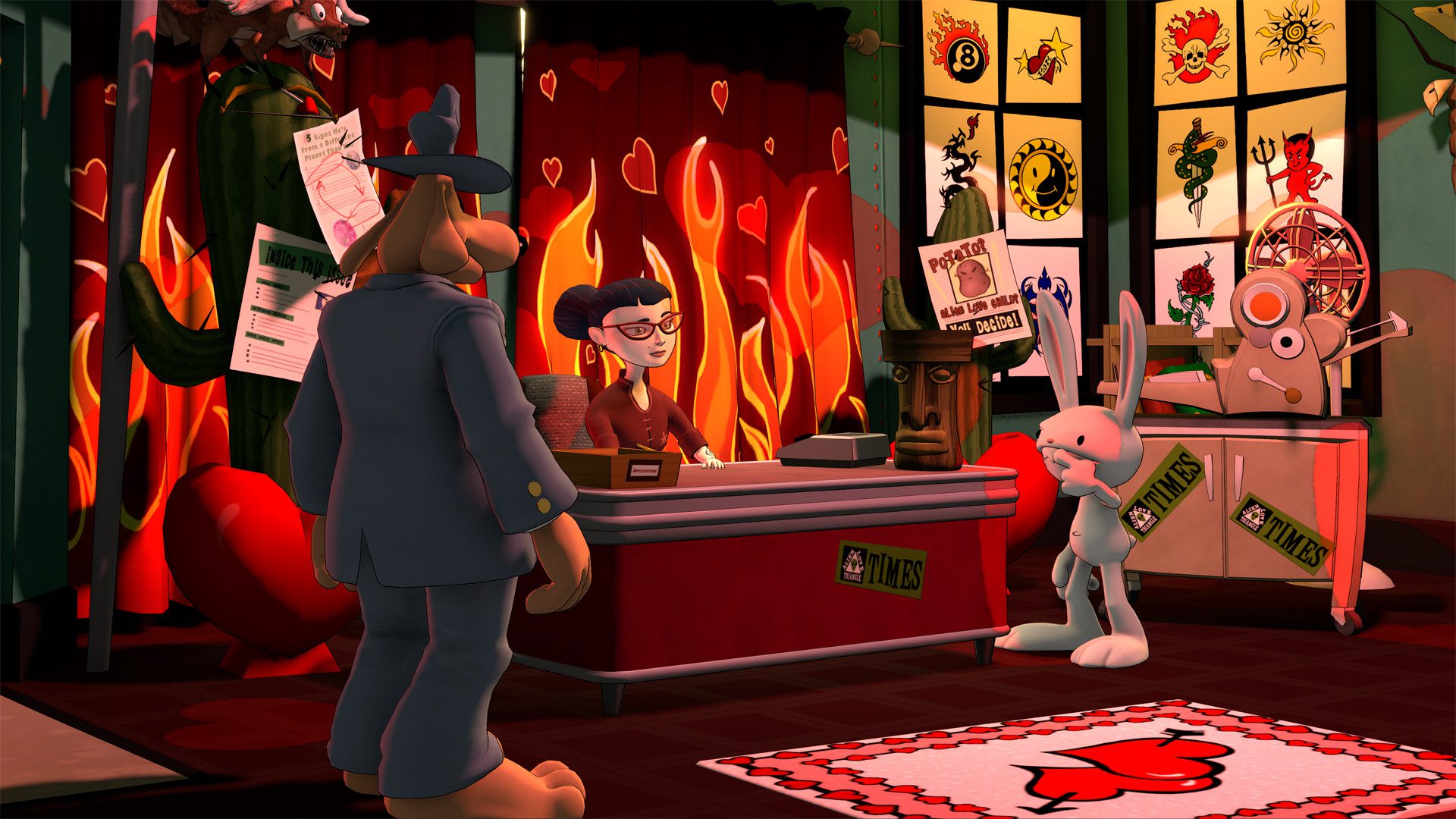 [Update: Skunkape has since reached out to provide a tease of season two (the Ice Station Santa episode). They’ve also pointed out that the 2007 original is available on GOG as a free bonus for Remastered owners. They are “in the process of setting up the original episodes as free DLC on Steam” if you have the remaster.]

Revealed in a very low key AMA earlier this month, the studio is already working on future seasons. Two and three are outright confirmed in the following statement: “We started work on remastering Season Two before the Save The World remaster even came out! Surprise! How well Save the World sells will help us determine the scope for the remasters of seasons 2 and 3.” That’s confidence!

As a reminder, Beyond Time and Space (S2) debuted its first episode in 2007, and The Devil’s Playhouse (S3) arrived in 2010. All of the seasons have their own charm to them, thanks in part due to the great performances and characterizations of the titular duo.

Skunkape Games also shed some light on a few other tidbits of the development process, like the fact that they don’t plan on making old voices available in the remasters, and are “working on a way to make the old games playable again,” in spite of their delisting. It is confirmed that each season will be “separate games,” as well.

Fun fact: I first learned about Sam & Max through this amazing Easter egg in Jedi Knight. The discovery of that weird little bunny led me to the Sam & Max comic series, as well as their debut game Hit the Road: which I had missed a few years earlier.

Sam & Max Save the World AMA [Reddit via Nintendo Life]