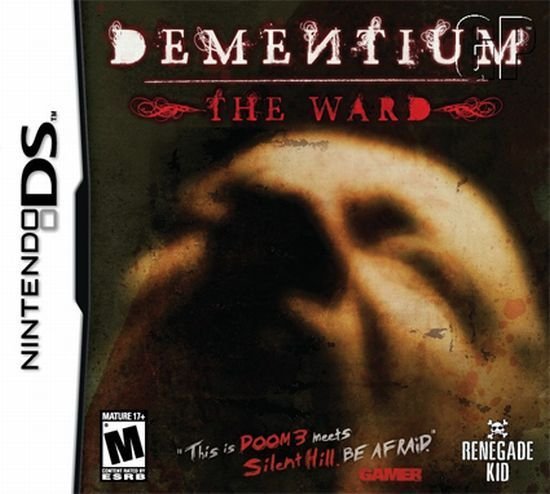 The first two games under the Gamecock name will finally be coming out in October. On October 9th, Fury be will unleashed on to the PC.

Shortly following that, Dementium: The Ward will be released on October 31st. The official box art for the Ward was just released as well. Not bad, especially since most DS box arts are all bright and full of happiness.

Overall, I’m really excited to see the Gamecock games come out. Dementium was one of the games I was really looking forward to playing at E3 and I was really satisfied with what I played. I was even surprised that I enjoyed Fury, especially since I can’t get into MMO type games at all.

Want a second opinion? Our friends at Modojo also just got their filthy hands on it.

[Via Game Industry — Thanks TheGoldenDonut!]