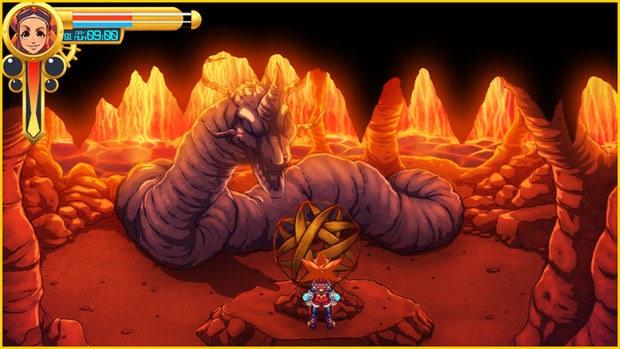 In an ideal world, all Kickstarter games would find a specific audience and fully meet their needs. I’ll settle for the occasional project that has a solid pitch, looks promising based on what’s shown and who is involved, and goes on to absolutely crush not only its funding goal, but its stretch goals as well. This week, that title is Cryamore.

With a modest funding goal of $60,000 and a final stretch goal of $225,000, this action-adventure game has brought in $242,309 in crowdfunding. “There are so many words we can come up with to show how we feel: grateful, appreciative, enamored, and just outright thankful, for everyone’s support and faith they have in us and the creation of this game,” NostalgiCO wrote in an update.

The stretch goals will mean the addition of voice acting, new locations, more weapons, a Japanese translation, an in-game arcade, and lots of ports: Android (and OUYA), iOS, Linux, Xbox 360, PlayStation 3, and Wii U. There’s a considerable amount of work ahead of this team, but for now, congratulations are in order. If you’d like to support the project, PayPal donations will be open for the next two weeks.