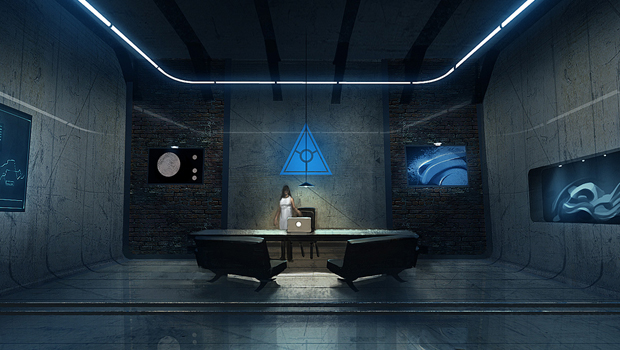 It seems the gears of Funcom’s PR machine are turning for it’s next MMO project The Secret World. They have devoted this week to shedding some light on The Secret World‘s resident puppet-masters and occult-yuppies, the Illuminati.

The Illuminati seem to have an insatiable hunger for wealth and power, doing anything they can in order to maintain them as the hidden domineering force in the lives of the common folk. Funcom has also released a bunch of Illuminati character and environment art, as well as a neat little personality test, off of the main site, to see which of the factions your beliefs best align with.

Funcom will also be holding a Q&A session on Facebook on January 15, where interested gamers can send in their burning questions for the developers. So far, the The Secret World is looking very intriguing with it’s visual design and freeform character progression system. So, Illuminati initiates, start pressing those business suits and make sure you got some spare batteries for your Motorola DyanTAC, The Secret World will be dropping April 2012.