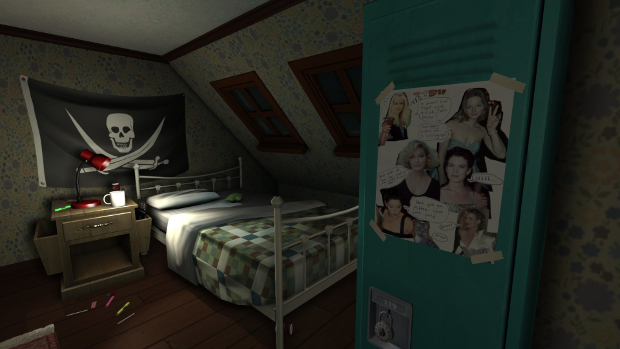 Fullbright, makers of last year’s surprise hit Gone Home, talked with Rock, Paper, Shotgun about the future following Gone Home‘s considerable success. “We want to expand the scope of the next game slightly. We don’t want to limit ourselves to [the resources we had on Gone Home],” Steve Gaynor said. “So we’re exploring what we want to do next, because we don’t want it to be the same thing. We don’t want it to be Gone Home in a different house or whatever.”

After some talk of Chuck E. Cheese and David Bowie, Gaynor was asked if the team would do something more gamey, more “mechanically involved.” “[Gone Home is] story-based, but I still think of it as a game where a rich set of mechanics is integral to how it means anything,” Gaynor explained. “You could just put the text out there and just tell the story that way, but that’s not the point, right?”

As for Fullbright’s next game, “I think that on the one hand, I’m not real interested in making a game that’s about some things that are traditionally game-ey like win-loss conditions and combat and scoring and a lot of stuff that I guess is associated with mechanical progression or optimization or however you look at it,” Gaynor explained. “But that said, I think that our design approach is always to say, what kind of experience do we want to get across? And then how do we express that through these consistent interactive tools that the player has to be the driver of that?”

Fullbright On Life After Gone Home, Their Next Game [Rock, Paper, Shotgun]