Mortal Kombat creator Ed Boon loves hiding secrets in the fighter, but he and developer NeathRealm Studios sure can’t keep ’em. Following the reveal of three post-release downloadable characters, the entire on-disc roster for the upcoming Mortal Kombat appears to have been revealed.

The leak comes via what appears to be a screenshot of the full line-up unlocked from the PlayStation 3 version of the game. For those wishing to keep the roster a surprise, reading further isn’t recommended.

There aren’t many surprises on the list, which includes many of the series’ favorites that fans probably expected. The screenshot also shows off a robotic-looking version of Sub-Zero (who appears to be a separate character from the vanilla ice-ninja); he looks like a cross between a Predator and Cyrax.

The full list, which remains unconfirmed (but appears quite legitimate), can be found below. 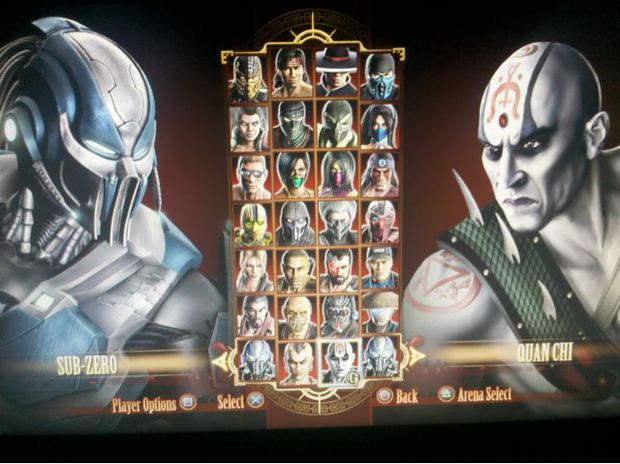