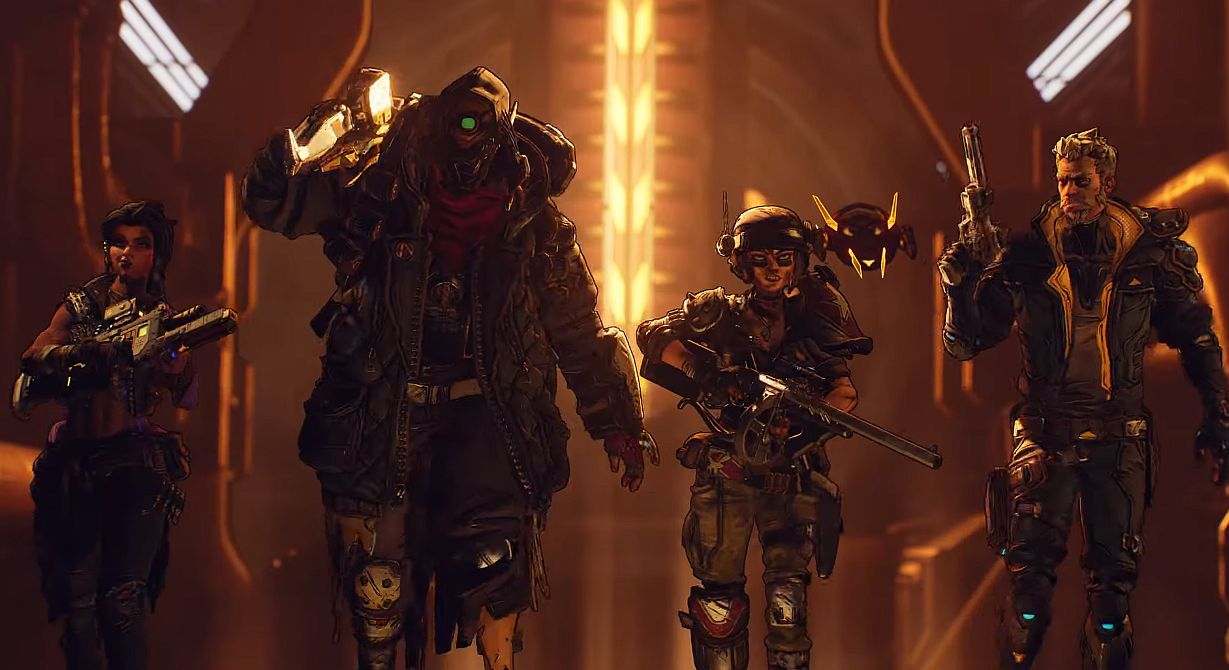 They each have three trees, to be exact, but is it the *same* tree

Borderlands 3 has been properly revealed, which means more opportunities to find cold hard stats. Two characters (of four) in particular have been almost completely spoiled: Zane and Amara. You can now view their full skill trees on Twitch or by using a sneakier method that takes advantage of the Twitch integration tool, which is being tested today.

To get it to work, head to this link in private browsing mode (to prevent your Twitch login from screwing it up – thanks Richard!), then select the top left icon and click into the third tab for skills. If you press the numbers “6 or 7,” you can swap between Zane and Amara. If that method fails, you can go to any active Twitch stream, and using the Shift functionality, locate the skill tree manually using the overlay. The sneaky way is great for when the streaming promotions end.

Zane is a lot like Destiny‘s Titan in that he can deploy a barrier as his base ability for his first skill tree, Under Cover. For Hitman, his second tree, he deploys a drone that attacks enemies, and the third, Doubled Agent, deploys a clone of himself. Naturally, delving deeper into each tree will inform how your particular Zane works. No folks, these trees are not the same.

Amara is distinctly different in that she’s more optimized for pure damage. Her first tree, Brawl, is more melee oriented, with a slam attack. Mystical Assault’s main ability is like a ranged damage attack that sends an astral projection out in front of her, and Fist of the Elements “summons a giant fist” to lock an enemy in place temporarily. Up close and personal all the way.

FL4K “The Beast Master” and Moze “The Gunner” aren’t available for preview yet, so their skill trees are a mystery (if you press “7 or 8” with the method above you can get a quick preview of their sprites). We’ll surely get another chance to see them before the September 13 launch.

Each tree will have augments, including the main action skill, which need to be equipped to work, and passives. Other augmentations upgrade existing skills: the best illustration is Zane’s “Nanites or Some Shite,” which grants passive buffs when allies are near his shield. Other augmentations like “All-Rounder,” more drastically alter this build by making his barrier a dome. 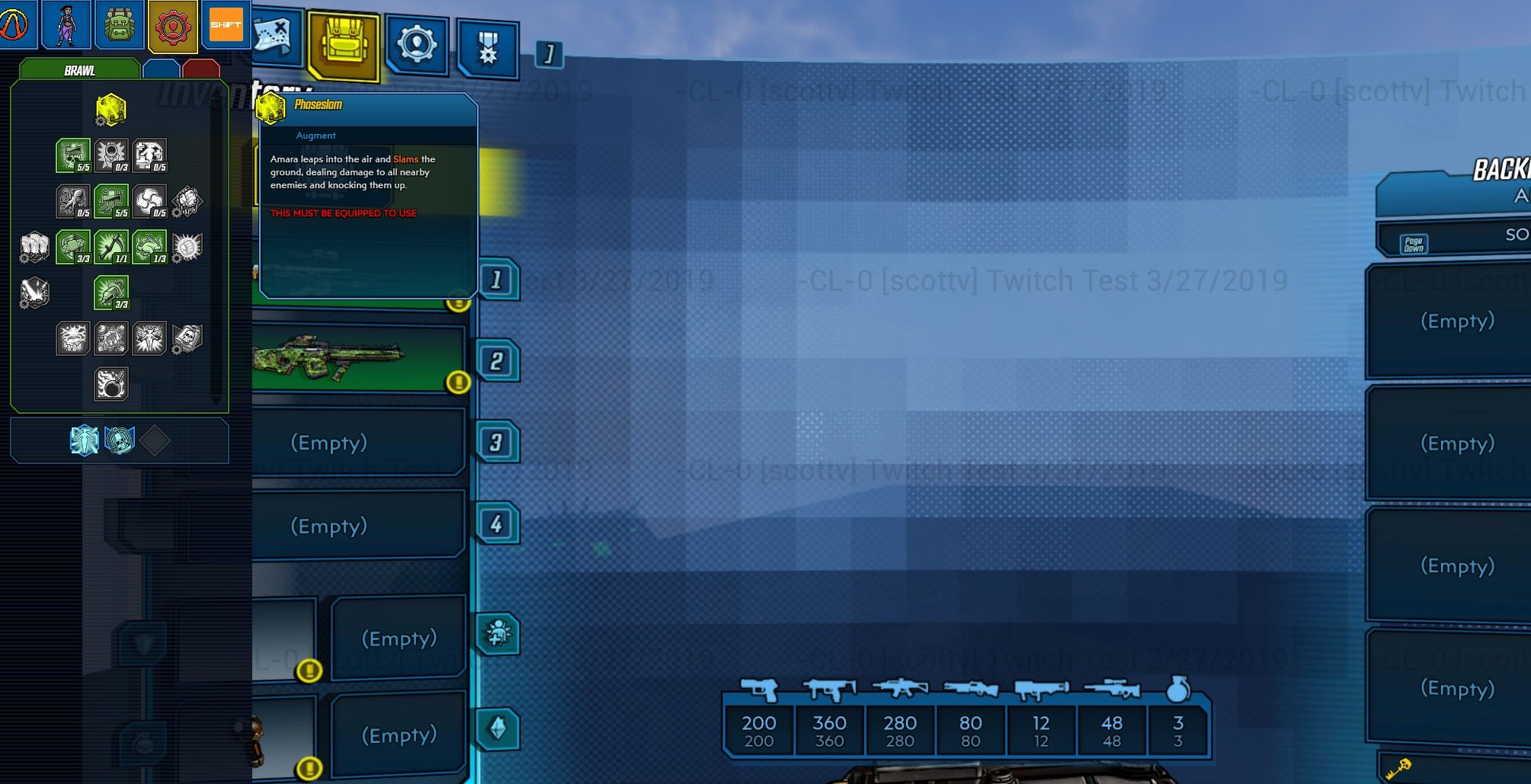