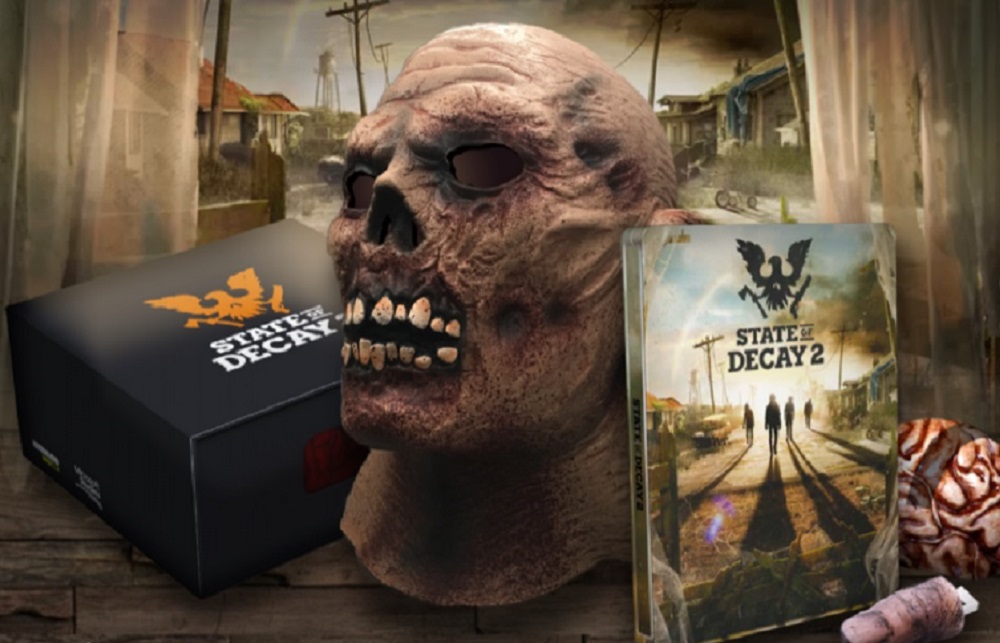 I woulda gotten away with it too…

Survival-horror sequel State of Decay 2 is getting a Collector’s Edition, complete with everything you need to delve into the spirit of the zombie-smashing sequel… Erm, except the game itself.

The State of Decay 2 Collector’s Edition comes with an iron-on patch, a 4GB USB stick styled as a severed thumb (a literal thumb-stick!) a steelbook casing and a brain-shaped stand to house it in. Best of all, the set contains a latex zombie mask, which you can use to scare kids away from the local amusement park, the same one you discovered was built over an untapped oil reserve.

The Collector’s Edition is available for pre-order now at around $70. Although you have to purchase the game separately, State of Decay 2’s standard edition is only expected to run at $30. The low price, according to Microsoft’s Aaron Greenberg, was chosen as a way to “build a long-term relationship with the State of Decay community and to foster deeper experiences with the franchise.”

State of Decay 2 launches on PC and Xbox One May 22. 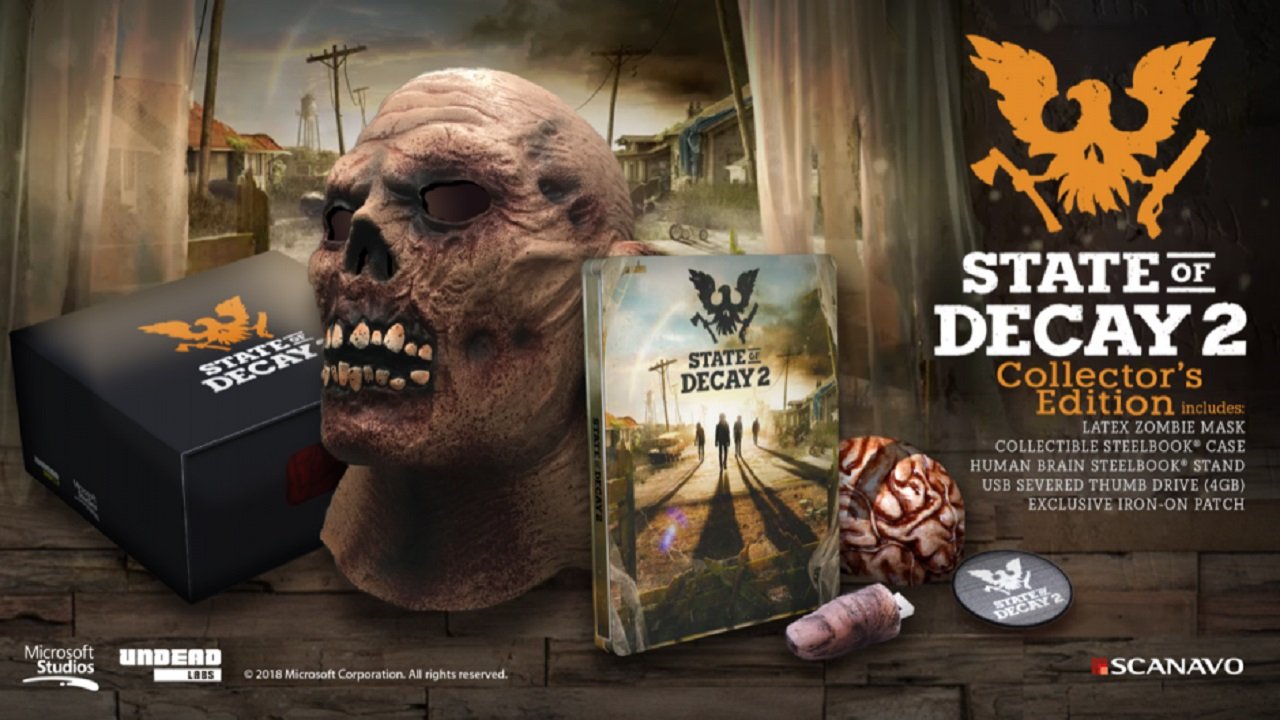