Devs assure us they haven’t frozen to death

It’s certainly been a long time since we’ve heard from the people at 11 bit studios regarding Frostpunk. The last time I delved into their world, I went in with aspirations of destruction – and found myself almost instantly protective of my freezing little citizens. Only reluctantly did I harden my heart and enact policies that would let them survive the terrible cold and rampant starvation, even as I threw their bodies into a big hole in the ground and watered down their soup. Oh, and technically, I lost the demo too. So there was that.

Well, the silence has been broken, both to give us some info about the business side of the game, and to introduce us to the incredibly-helpful-and-not-at-all-threatening Automatons, giant helper robots that you can build to assist your populace.

I’m not sure what it says about a game – or its developers – that something meant to help the player instantly made me suspicious.

The things work 24/7, with only periodic breaks to refuel at your equally-towering central generator. With research available to make them even more efficient, what could possibly go wrong? Well, looking at the spindly-legged machines, which are taller than almost all of the buildings shown, they don’t seem that stable. What’s more, the devs seem to imply that your people won’t like having robots stomping around (or through?) their buildings and streets. What if little Jimmy were to get underfoot? 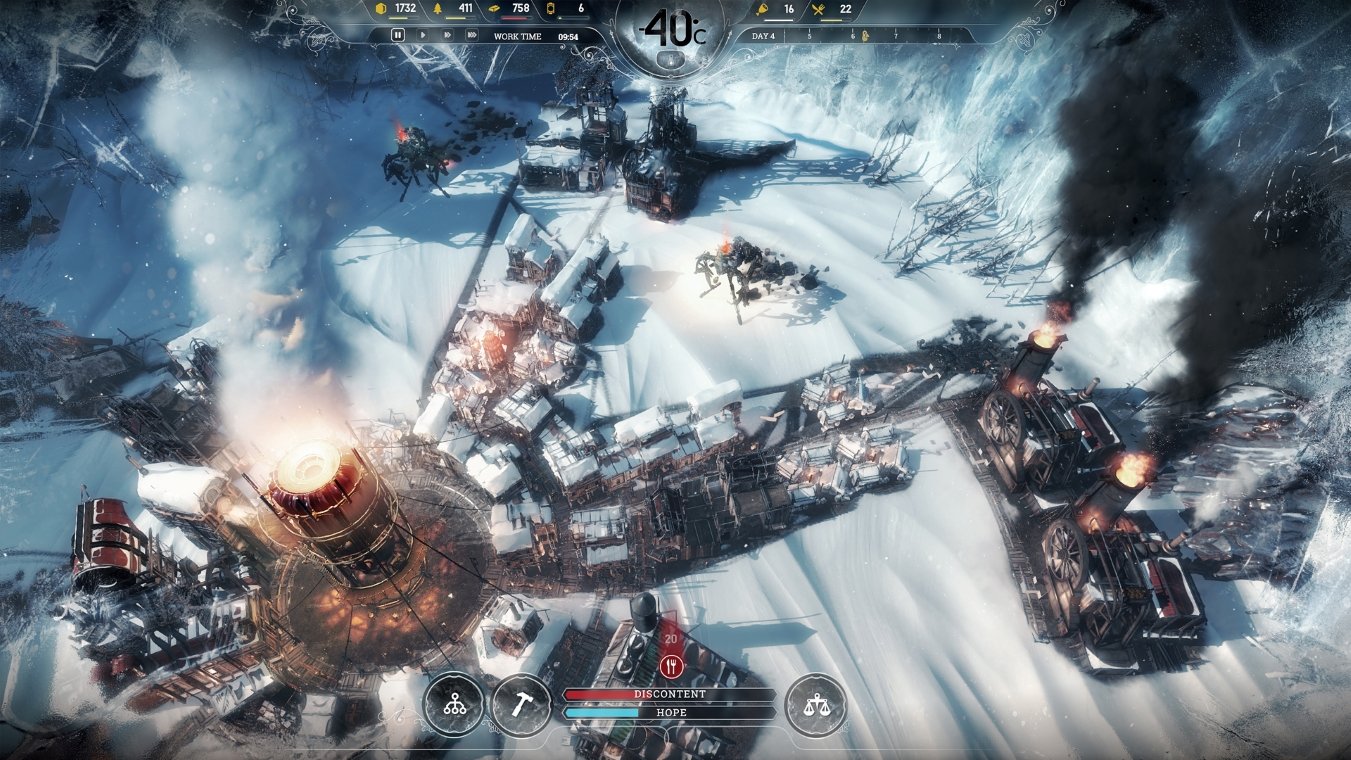 11 bit studios also released a tentative launch window of the end of March – that’s pretty soon to say they’ve been in radio silence for the past four or five months! Most intriguing is that Frostpunk is only the first in a series of games planned for the same world. I can only hope they get more positive from here (but knowing them, it’s doubtful).

I think we can expect a lot more news from 11 bit studios as we near March, hopefully including info on price, pre-orders and more neat/insidious game features.