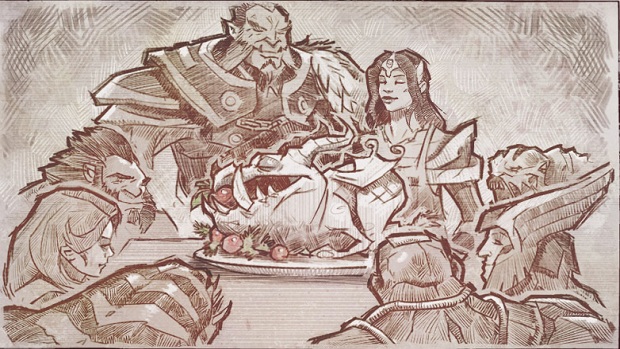 Last year, Frostivus, what I assume to be the most amazing Dota 2 holiday ever, was CANCELLED due to those jerk Greevils. Then we had the “Greevling” instead, which was a decent alternative game mode for a while, though it largely depended on how awesome your Greevil was. Regardless, that’s all in the past now! This year, Frostivus is good to go and, just like the blog post says, nothing can possibly go wrong. Nothing.

Also, ranked matchmaking is finally coming to Dota 2. It’s detailed in another blog post, here, with plenty of charts and graphs to hold your attention. This will allow better matchmaking between players, and it looks like Valve is putting a lot of data-driven work into this. Best of all, your “ranked MMR is visible only to you and your friends.” Hooray! Now I can’t get yelled at by everyone else in my game for having a low number!