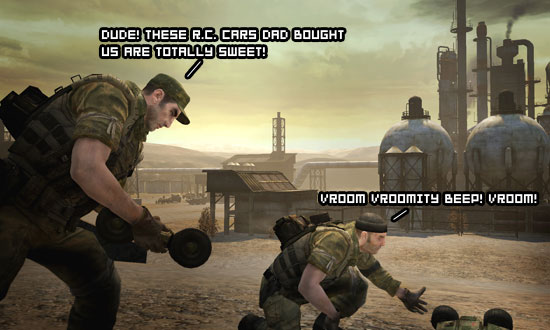 I think 2024 is going to be pretty sweet: Flying cars, toasters that can also milk cows, Saw 22. Kaos Studios, developer of the upcoming first-person shooter, Frontlines: Fuel of War, have a much bleaker vision. Set against the backdrop of a global energy crisis, a major world war erupts in an attempt to secure the world’s resources. I’d rather have a toaster that can also milk cows, personally.

But it does sound like it might make for an interesting title, and Xbox 360 owners should have the chance to find out this December when a demo for Frontlines: Fuel of War becomes available. This information was confirmed at a US press event that Destructoid was not invited to, apparently. This makes us sad.