Medieval is out, mechs are back in

The studio behind the Souls series is returning to another part of its roots. FromSoftware has confirmed it’s working on Armored Core VI Fires of Rubicon.

Revealed tonight at The Game Awards 2022, Armored Core VI Fires of Rubicon sees the studio return to the mech series with some serious production value. Check out the trailer below to get an idea for yourself:

The new Armored Core entry is currently set for a 2023 launch. The trailer splash shows both PlayStation 4 and Xbox One alongside PS5, Xbox Series X|S, and Steam.

A return to a classic series

It’s been a while since FromSoftware went back to the Armored Core series. The mech action lineage started in 997 on the PlayStation, and carried on through Armored Core: Verdict Day in 2013.

The early entries of Armored Core are certainly well-remembered. But as sentiment waned on newer releases, the series took a backseat. With the Souls games taking off, FromSoftware followed their trajectory, leading up to games like this year’s Game Awards heavyweight Elden Ring. 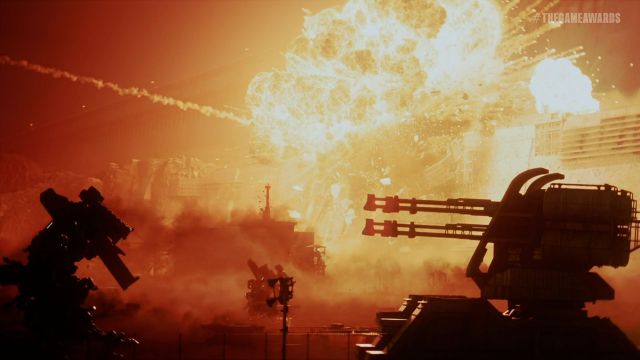 FromSoftware has certainly earned enough goodwill from fans to revisit the series. I’m looking forward to seeing how those who jumped on with the Souls series take to the giant mechs and action of Armored Core. As someone who played a good few of them on his PlayStation 2 back in the era, I’m certainly keen to see what FromSoft does with this series years later.

Armored Core VI Fires of Rubicon is currently slated for 2023.