Interesting thing about Vogster Entertainment’s comic book-themed brawler Unbound Saga, which hit PlayStation Portable well over a year ago — it was originally designed with high definition in mind.

“To be completely honest,” the game’s lead producer Mike Kennedy tells me, “the original tech demo was in HD on a PC!”

When the choice was made to put it on Sony’s handheld, the development team had to make some concessions, going back and lowering the resolution for the handheld’s limitations. This December, Unbound Saga will make its way to Xbox Live Arcade in all of its glory, the way it was originally intended. 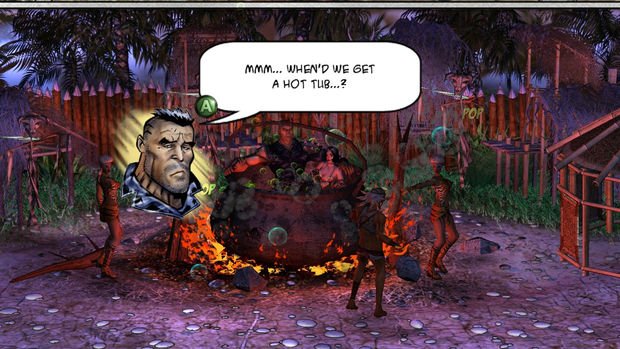 “Jumping onto the Xbox 360 was more of a lateral step that allowed us to go back and even further enhance our assets and engine,” Kennedy explains. “We were picked up by Microsoft Game Studios as a first-party-published title while still finishing the portable version, so we were able to refocus on achieving the full-blown HD version we always wanted.”

The upcoming XBLA version isn’t just a quick HD port, either. Not only were the assets enhanced, but the game’s physic and particle system was tweaked for Microsoft’s console. According to Kennedy, things not only look better, but they run much smoother, even with nearly ten times the elements on the game’s screen. Other aesthetic tweaks include a completely revamped UI, designed to mimic the game’s comic book theme and art direction.

“This is what the team set their sites on from the start,” he adds, “a crisp new HD entry in a classic arcade category.” 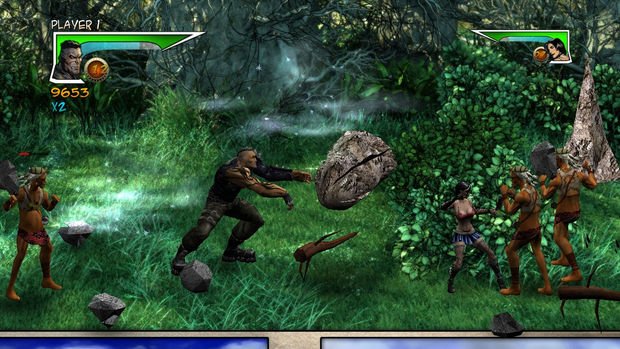 A staple of this particular category, the arcade beat ‘em up, has always been cooperative play. Unfortunately, that was something that Unbound Saga on the PSP lacked. But Vogster is looking to make up for it with the XBLA version, with two players being able to pick up and play cooperatively as either Lori Machete or Rick Ajax. This cooperative experience was always part of the plan, Kennedy tells me, saying the game “always screamed for co-op.” The title will support both offline and online co-op, although the latter caused a bit of a snag in the development process.

“The inclusion of such extensive real-time physics in the ragdoll and object destruction really complicated any non-local co-op development, but the guys hammered out some solid solutions that brought the feature back into the title.” 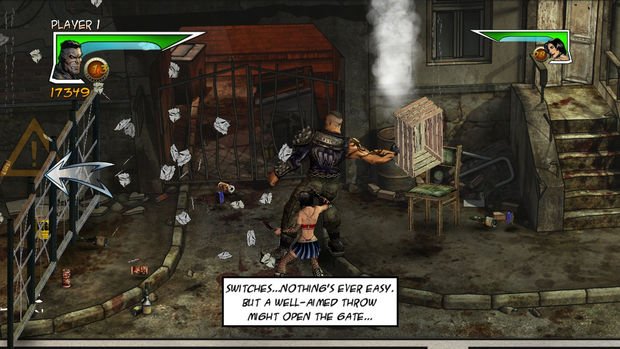 Unbound Saga is set to hit Xbox Live Arcade next Wednesday, December 1 for a slim 800 MS Points. This might not be the last we see of Rick and Lori in gaming, as Kennedy expresses some hope for the future of the series.

“There characters were a blast to develop, and there is no shortage of fun we can have with them and the practically limitless universe they occupy,” he says, before getting to the reality of the situation. “We’re an extremely small indie team, so a lot will depend on the success of the inital release, but our fingers are crossed!”