Why is hunting so damn addictive?

From a crouched position you move toward a jungle clearing. Left foot, then right foot; each step demonstrates restraint in the highest degree. A breeze travels through the overgrown leaves, causing the foliage to dance all around you. Tensions rise, anticipation builds. In a moment the wind stops, but the rustling continues. You are not alone. Your heartbeat elevates, its rhythmic drum becomes almost deafening against the natural tones of the jungle. Peeking through a gap between the branches, you spot a deer grazing in a lush glade.

The scene is picturesque, but fragile. You lower your torso to the dry earth with the grace of a swan. Noise is an unavoidable nemesis, but with a great deal of caution you successfully retrieve the bow from its position secured on your back. The deer’s ears perk in response the quiet commotion.

In a last-ditch effort to collect your prize, you draw back the bow string and hold your breath. Three, two, one; in the blink of an eye, the suspense ends. The arrow slices through the air, entering the target. The buck lie motionless and a mix of triumph and sorrow paint the scene. Shattering the atmosphere, a familiar sound emanates from the screen. Up pops a 20-point achievement rewarding you for successfully hunting your prey.

From Oregon Trails and Duck Hunt to Red Dead Redemption and Far Cry 3, hunting clearly has a dynamic presence within the videogame landscape. Despite controversy associated with the sport, hunting in gaming has continued to play a role within many AAA titles, arguably with increased frequency over the past few years.

Mentioning an internet fascination with cute cat videos and a cultural push toward animal protection nationwide, one would think that hunting would be falling out of favor in real life and in our virtual playgrounds. Yet the prevalence of hunting in newer titles such as Tomb Raider and Assassin’s Creed III suggests otherwise. 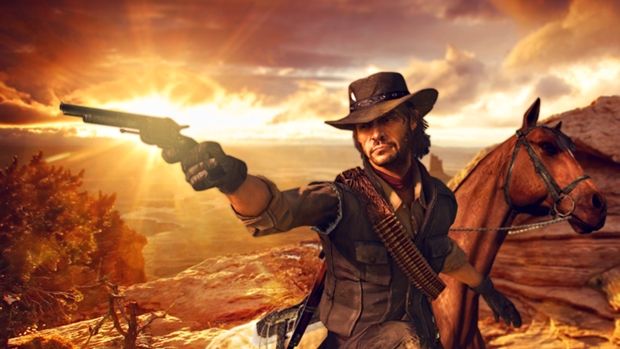 This invites an in interesting dilemma: How can so many of us claim badges of animal allegiance in our everyday lives, yet still find great joy hunting in videogames? Obviously the act is not real, but people have a way of getting butt hurt regardless of fact or fiction. I personally have noticed that my heartwarming affection toward animals is easily shattered in the realm of gaming.

Titles such as the ones mentioned above have been successful at awakening a primal beast within my core, one that finds absolute delight in the thrill of the hunt. As an avid animal lover, hunting cynic, and gaming enthusiast, I’ve decided to explore this conundrum. Why do I find hunting in games so damn addictive if I condemn the activity in real life?

Duh, hunting is fun
Hunting in videogames is undoubtedly fun. With many games favoring over-the-top gore, action, or gunplay as a primary theme, it’s no wonder that many players, myself included, often gravitate toward more understated gaming feats when they’re available. Hunting is one such example that can provide a break in the monotony of shooting, slicing, and indiscriminate killing. Incapacitating bad guys in gaming is almost always a requirement, a necessity to get from point A to point B, but hunting requires a whole different skill set.

Hunting is arguably an art form. It requires a deft hand and a subtle approach that is often uncommon amongst the run-and-gun mechanics that dominate the game market. Charge a prowling tiger in Far Cry 3 and you’ll most likely end up as kitty chow, approach a bear in Assassin’s Creed III head-on and expect a Mortal Kombat-like fatality. Stalking potential prey welcomes an opportunity to adopt stealth, shoot for silent kills, and utilize tools that might seem outdated in a combat scenario like a bow and arrow.

Hunting necessitates a sense of resourcefulness, granting merit to instinct over reason. The act of taking a life, albeit a fake one, is only a small part of the process, one that can consist of spotting the prey, finding a hidden vantage point, luring the target into the open, and delivering one hit, one kill. I’m getting energized just talking about it. 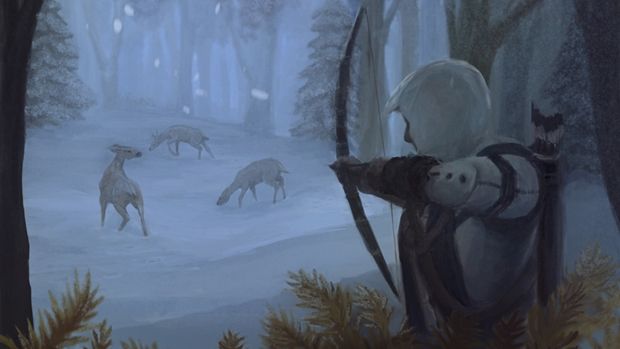 Adding to the experience is the voluntary nature of the activity. Regular enemies occupy an environment for the sole purpose of breathing life and hostility into the world. How entertaining would crossing a battle-torn landscape be without any adversaries?

Animals and wild game on the other hand serve a unique purpose when compared to the average killable NPC, not only to fill the setting with opposition for the player, but to enrich the gaming experience by enhancing the atmosphere and welcoming variation in gameplay. Hunting is often an optional pursuit, and thus, it can be far more rewarding when successfully completed. I didn’t have to slay the legendary super wolf in Red Dead Redemption, but taking on the challenge is that much more gratifying when completed.

Beyond the satisfaction of clashing with nature’s most powerful beasts or the appreciation of a different style of gameplay, hunting has its perks. Depending on the game, chasing down wild creatures can provide the player with valuable in-game rewards. From equipment upgrades, additional experience, and sellable loot, hunting in videogames is a practical pursuit. If the act isn’t enticing enough on its own, the upgrades certainly do help to blur the boundary between voluntary and obligatory, elevating hunting to essential status.

Whether we’re talking about big game from reality standards or far more menacing foes conjured up within the imaginations of game developers, hunting in games is more thrilling than it could ever be in real life. Overcoming a rabbit is fine and a deer is better, but any woodland creature pales in comparison to gaming’s toughest animals. Fighting against any dinosaur in the Monster Hunter series should lead to a swift and certain death for the player, but the allure of attempting to defeat something larger and more powerful is an enticing proposition. A straightforward approach might be unsuccessful against the king of mountain lions or a fire-breathing dragon, but under the right conditions it’s possible to taste victory. 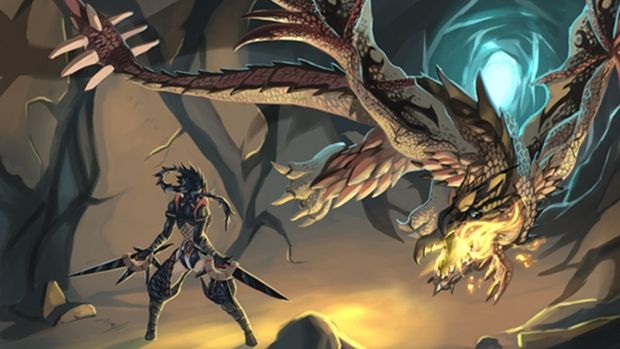 Crisis of conscience: What about my furry friends?
Including hunting within the context of games can be a rewarding experience on multiple levels, but it does elicit a clash of conscience. While I pursue virtual animals under the guise of an acceptable thrill, my cat often stretches out on my lap in feline delight. I wonder how she would feel about me attacking virtual versions of her tiger, jaguar, and bobcat ancestors?

Good thing she doesn’t seem to pay attention. Personally I would never dream of harming an animal in real life, yet interestingly enough, I feel no qualms about doing so in a gaming capacity. Of course, a cat or dog is miles apart from a komodo dragon or while boar, but I’d still like to think that my individual kill switch is constant regardless of wild or domestic status.

Upon pondering the reasons why it’s so easy to cut moral or emotional ties when taking an animal’s life in a game, the answer can be a bit complicated. The easy rationale that was touched on in the very beginning is that the animal is not real. There is no real consequence for hunting a non-living creature so there’s nothing to feel bad about.

Shooting an innocent bunny rabbit in a game is totally fun, but I can’t say the same for targeting the little guys frolicking in my front yard. The separation between reality and make-believe is certainly one reason why I don’t cry myself to sleep at night after killing tons of virtual critters, but fictional events have the power to rouse feelings of guilt or sadness, too.

I’ve had several moments in my gaming history that elicited genuine emotional responses despite the fact that it wasn’t real, some even pertaining to animals. In Shadow of the Colossus, when it appeared as if the protagonist’s horse Agro fell off the cliff to his death, I was pretty bummed out. Not to mention the end of Fable 2 when the hero’s dog sacrificed himself to save the player. How we view the subject, pet versus prey, is a huge factor. This mental distinction can portray any animal large and small as off limits or hunt-worthy which may have more to do with moral reservations than the realness of the target. 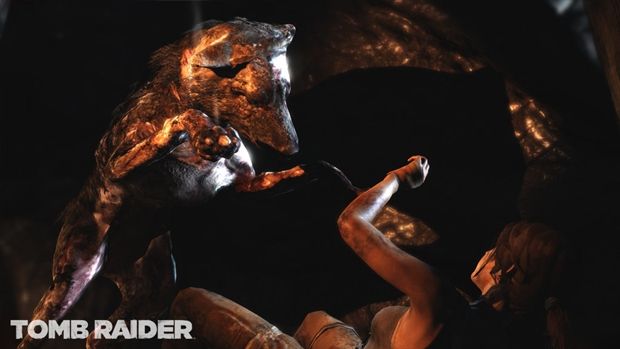 Games often use another tactic to soften the blow of hunting animals, the necessity of survival. By transporting players into the shoes of a desperate character, one who is suffering from the pangs of starvation or danger, it becomes much easier to do the deed. Tomb Raider capitalized on this theme, forcing Lara Croft to commit atrocities in order to survive. Shooting a deer was easy because she was starving, slaying oncoming wolves was simple as defense. Justifying hunting is uncomplicated and guilt-free in a life or death scenario.

Regardless of rationale, we as gamers should be able to immerse ourselves in the lives, actions, and worlds of games without personal conflict. Hell, just about everything we do in gaming would be a moral barricade to cross in reality, with hunting being an ethical cake walk. Sure the methodology we use to accept committing questionable acts within a virtual landscape reflects a mix of confounding logic and confusing sentiments, but it’s probably safe to say that there is no real harm done.

The targets that we pursue within the gaming realm are nothing more than a collection of pixels and polygons. There is no pressing consequence for hunting a cougar with an Xbox 360 controller minus a disapproving pet cat. The average stable individual can draw the line between hunting a buffalo in Oregon Trails and chasing down the neighbor’s dog.

While I may be an ASPCA supporter by day, when transported into nature’s digital backyard I become a fully-fledged huntsman. I for one have no ill feelings about being both an animal lover and virtual hunter because the two labels are separated by a massive physical and psychological divide. Entertainment and instinctive expression are good enough reasons to shrug off conflicting identities and hypocritical sentiments in my book.

What are your thoughts about hunting in videogames, have you ever felt bad about killing a virtual animal? Even though gaming often pits players against other people, do you think there is more moral and emotional baggage associated with violence against animals in a gaming context?