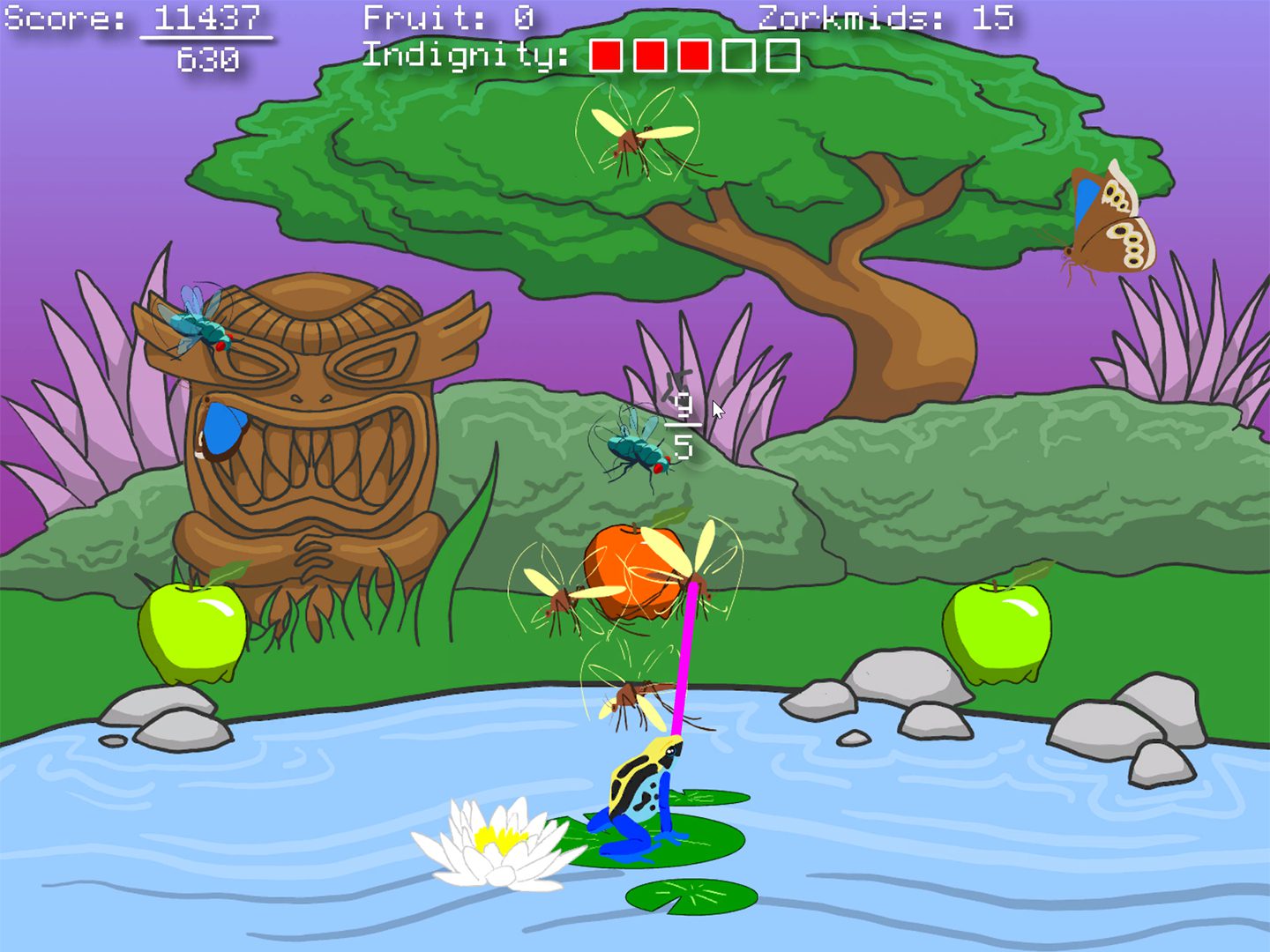 What a ribbiting deal

Frog Fractions: Game of the Decade Edition is available on Steam right now for the low price of zero dollars. If you’ve somehow managed to never get around to checking it out, especially if you still don’t know what it actually is, I highly urge you to stop reading, put everything else in your life on hold, and play it immediately. Even if you end up regretting it, I can guarantee you’ve never played anything else quite like Frog Fractions. There’s a reason people still talk about it to this day.

Just remember: if you’re ever feeling frustrated and down while playing, especially near the beginning, there are always further depths in which you can sink. There’s something really beautiful about the way Frog Fractions fully tackles and inhabits that mantra. It knows what it is and embraces it completely.

It originally released as a browser game back in 2012 and quickly took the world by storm. Flash is about to finally lose support across major browsers at the end of this year, and luckily, thanks to Game of the Decade Edition, this is now one piece of gaming history that’ll live to see another day. This new version comes with a shiny coat of paint, and it’s legitimately never looked better, but it’s still the exact same game for all practical purposes. Nothing has been lost in translation for the port. If anything, this is technically the best way you could possibly hope to experience Frog Fractions, in all of its glory.

Now, there is one brand new addition in the form of a paid DLC called Hop’s Iconic Hat. It’ll cost $9.99 regularly, but there’s currently a launch week discount where you can pick it up for $7.99. You might think that’s a costly sum for a simple cosmetic DLC, and you wouldn’t be entirely wrong to think so. I’m not going to get into any details here, but I’ll have some thoughts on that coming up in a separate article later on. For anyone feeling impatient and trying to remain spoiler free, I definitely do think returning fans will get a kick out of it.

As for the main course, even if the blunt impact of that first playthrough can never be experienced exactly the same again (because once you know you know), the original Frog Fractions is still a stone-cold classic of indie innovation. You can’t put a price on something like that, and luckily for us, the creator feels the exact same way.