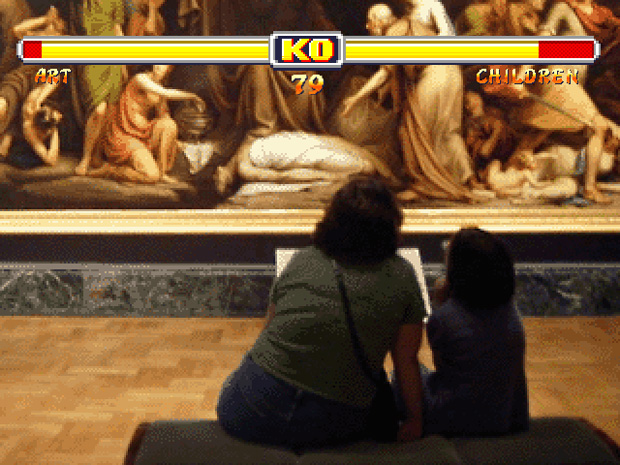 Frog Fractions 2 has surpassed its base funding goal on Kickstarter and there’s about a day left to go before the campaign comes to a close, should you want to get in on this action. While that $2 billion stretch goal to buy back Oculus VR from Facebook is facetious, the rest — including Rock Band microphone support — are genuine. I believe. But can we hit $120,000? Probably not.

It’s unclear what Frog Fractions 2 is actually going to be other than “surprising,” which is no easy feat these days. Speaking of which, project lead Jim Crawford has re-recorded the talk he gave at this year’s Game Developers Conference on that exact topic, and I encourage you to check it out. It’s entitled “Preserving a Sense of Discovery in the Age of Spoilers.”

More than just a lesson for game designers, this talk doubles as an explanation of Crawford’s design philosophy for Frog Fractions and its Kickstarted follow-up which, just as a reminder, won’t actually be named “Frog Fractions 2.” I wonder how long it’ll take for someone to find it.