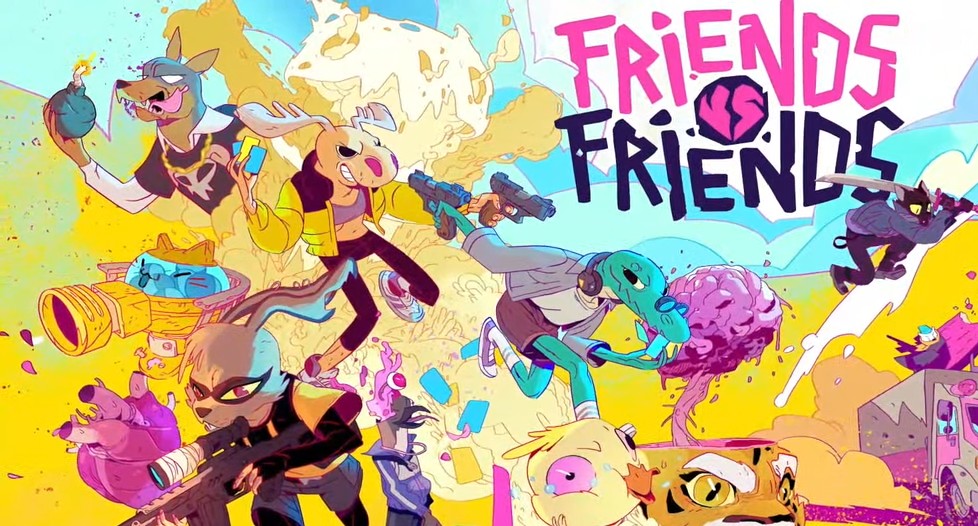 Sometimes you see a trailer for a game and think, “yeah, that checks all my boxes.” Colorful? Yup. Card-based? Go on. Shooter? I’m there. That’s what I was thinking when I saw the trailer for Friends vs. Friends during the Gamescom stream today.

We got a first look at the game through song, which told us a bit about what to expect. From the looks of it, you’ll be fighting against friends, although it’s unclear whether that means your in-universe friends or real-life ones. You can play online with 1v1 or 2v2 combat, either with friends or other players online. With such a fun art style, though, I’m usually always on board for indies like this to get a look at what it’s all about.

Friends vs. Friends will be releasing on PC and consoles, and it’s available to wishlist now on Steam. The game is being published by Raw Fury, who have a pretty awesome track record with indie games, so I have hope that this’ll be a fun little romp.

We don’t have any sort of release date yet, so we’ll have to be patient on that front. I’m always itching for a new shooter to try out, so this is one that I’ll be looking forward to.