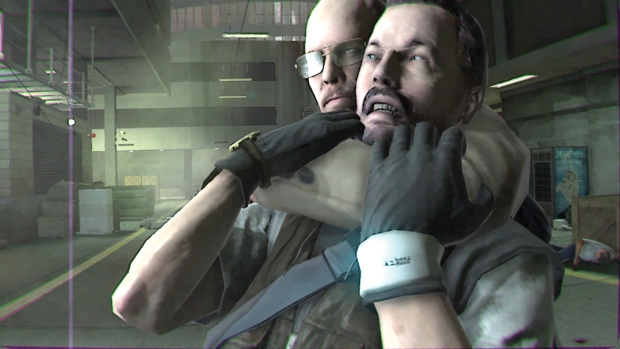 There are a few multiplayer modes in Kane & Lynch 2: Dog Days. This preview is going to cover the Arcade mode, which is a single-player version of the “Fragile Alliance” online multiplayer mode. Expect a few more previews of the other multiplayer game types at a later date.

All of the multiplayer games are about working together with other players. The main objective in each one is about stealing as much money as you can and then rushing to the escape vehicle while working your way through an army of cops.

Working with your eight other teammates all the way through will see everyone share from the same pot. This is a Kane & Lynch game after all, so why be a team player? At any point, you can take out your partners and keep their cash for yourself. Betraying your teammates means you won’t have to share your cut of the cash, but it will be way harder beating a level.

Hit the break for more on Kane & Lynch 2’s interesting fusion of co-op and versus. 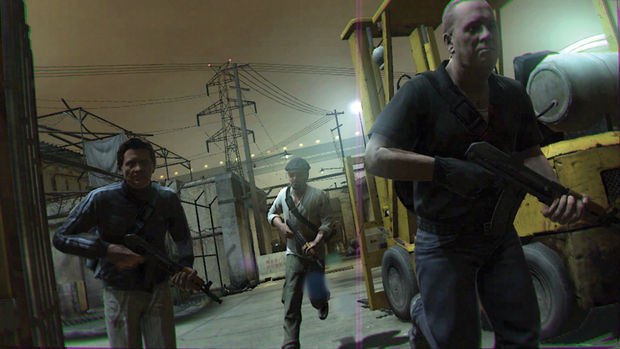 The second you kill a teammate, your name will turn red letting the others know that you’re trying to be a d-bag and the betraying player can then be killed by the others. If a player shoots someone but doesn’t kills them, then a yellow flag will go over that player’s head indicating that he might be trying to betray others. The yellow flag is a short term grace period. He’s still technically on the team helping out, but the other players have the chance at taking the potential offender out without suffering any repercussions.

The multiplayer all boils down to paranoia. Can you really trust the others? Will the guy behind you continue giving you support fire or use you as a human shield? Oh yes, others can use you as a meat shield and hang on to you as long as they want. Players can get out of the hold through a mini-game, but the person holding the other can maintain the hold through a mini-game as well. 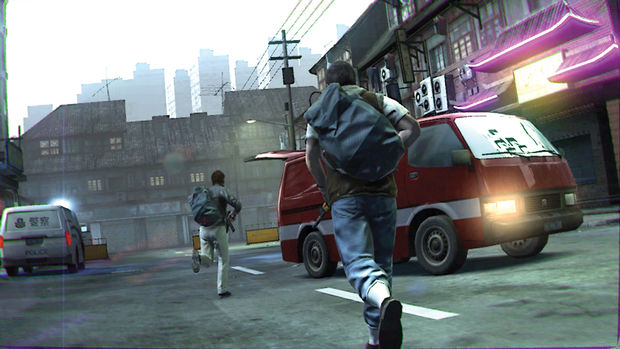 Every multiplayer map has some sort of story based on a real life event. In the one we were shown, you play as a group of thugs that heard about a heist another group had planned. Your team is waiting in the shadows for the other group to come out of a building with the stolen cash. As soon as they exit the building, the multiplayer starts and you have to take these guys out. Once they’re all dead and the money has been collected, it’s a mad dash to get to the escape vehicle.

There are cops swarming the level and you have four minutes to get to the escape van. Once at the end of the map, vans will come to pick players up. The first person that gets in a van will be able to hold the vehicle for the others. That person can also bribe the driver to take off immediately. Total dick move, but other players can shoot the van into oblivion as a final act of revenge.

After a round is over, you’re thrown into the lobby where you can buy new weapons before going into the next match. You have three lives in Arcade mode and the progressively harder mode never ends until you’ve lost all of your lives. 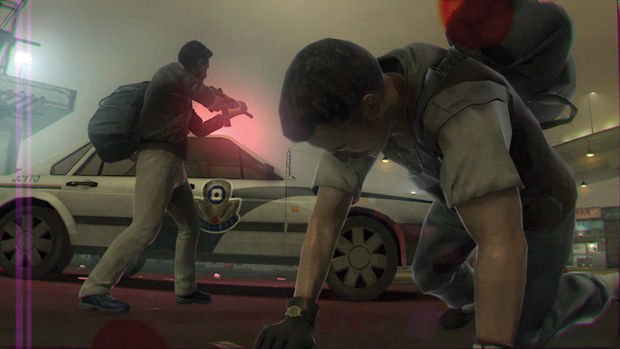 The same visual presentation from the single-player is present in multiplayer, camera effects and all. The “Down not dead” feature is in the multiplayer as well, which gives players a fighting chance before being taken out for good.

The multiplayer offerings are pretty fun and thanks to the unique take with the betrayal system, I can see people playing the multiplayer long after the game has been released. Look for some more multiplayer impressions on Kane & Lynch 2: Dog Days later this month!