Retro Jason is the best Jason

Watching Freddy vs. Jason was the best thing I’ve done to unwind post-E3. What a good decision.

It had been years since I’d last seen the movie — long enough to forget how stupid, and good, and stupidly good it is — and I caught the last half hour on TV. That was the exact right time to show up.

I was a few drinks in at that point and quickly began rooting for Freddy. His goofy-ass theatrics won me over big time. But then it dawned on me: this gimmicky battle could only end one way. They’d want to leave room for a sequel. Sure enough, Freddy winks at the camera despite, uh, being beheaded.

Still, “The overwhelming evidence is that Jason [won],” per IMDB, “as Freddy has been reduced to a severed head which can only wink suggestively at the camera. With Jason X, we know that there is another Friday the 13th film, but no more Nightmare on Elm Street sequels, the 2010 film being a remake of the original. So this is finally the end for Freddy Kruger, his body destroyed and his soul burning in hell.”

This is all a long-winded way of saying that Jason is apparently the best (or at least better than Freddy Krueger), and the best Jason, I’d argue, is his vividly-colored Friday the 13th NES incarnation.

Jason’s purple outfit is now available in Friday the 13th: The Game as a swappable skin for “Jason, Part 3” thanks to the game’s most recent update. That content has come to PC, PlayStation 4, and now Xbox One as of today, following a short hiccup with a certification failure. It’s free, to boot. 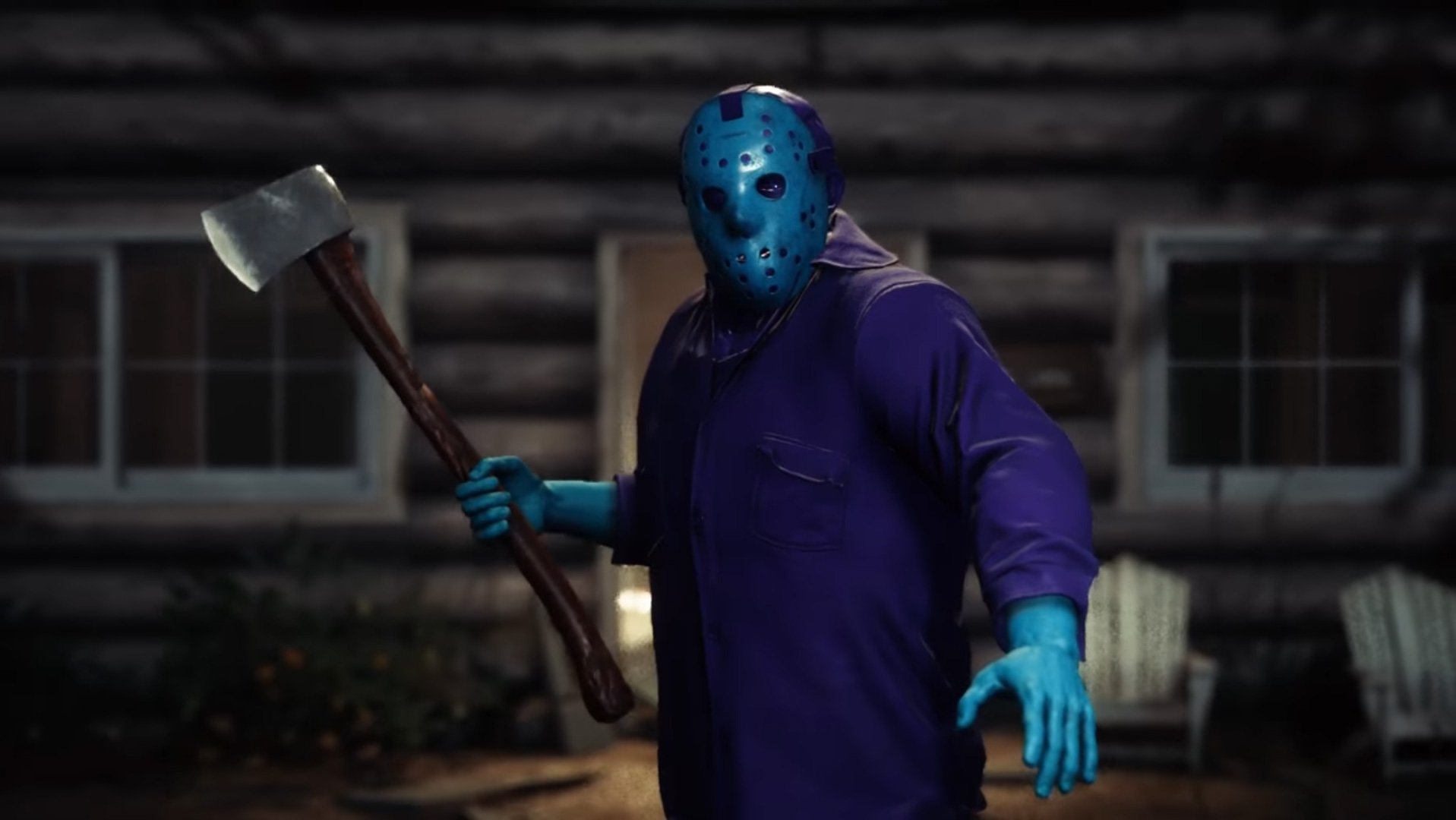 Filed under... #Friday the 13th: The Game#Horror#multiplayer#Updates