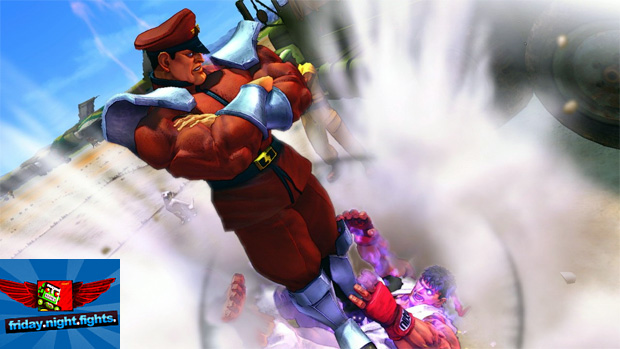 What was this week like in terms of game releases? There were a few good titles, definitely, but were any of them suitable for Friday Night Fights use? Of course not. So, once again, it looks like we’re going to be playing the same old same old.

But that’s perfectly fine, because the Destructoid staff has recently gotten back into Street Fighter IV due to a rekindled rivalry between Nick Chester and Brad Nicholson. Three cheers for not having to spend money that most of us don’t have!

For those who keep their eyes glued to the community blogs section, you most likely saw the first press release on the epic Chester vs Nicholson showdown, but we’ve actually got a special second PR located beyond the jump. Trust me, you won’t want to miss it.

Brad Nicholson defeated some asshole with over 1,300 GP in the first round of a Championship Mode match in Capcom’s Street Fighter IV. That jerkwad was using Ken and kept trying to spam the Dragon Punch. Nicholson successfully Lariated his way to success in two rounds, finishing both with ultra combos. At the time of his victory, Nicholson only had 3 GP.

He then went on to defeat two more opponents — one Blanka and one Ken — and won the Championship Mode Grade D finals in spectacular fashion with a Super Ultra combo finish. After he won, he stood up and shouted at his television and went to get his microphone to scream at his opponent. Unfortunately, his microphone was under his couch cushion. So, when he retrieved the device the opponent had already left the match.

“And then I won the entire tournament. I’m the best player in Street Fighter IV history,” Nicholson added immediately before punching his mother in the mouth in his excitement.

Founded on April 30th, 2009 the Brad Nicholson PR Company is dedicated to bring gaming blogs around the world the most exciting news on Brad Nicholson. He has muscles. He has brains. And he has mad skillz, yo.

It’s the greatest game ever. Period. And Nick Chester refuses to play it because he knows he’ll end up like the dirtbag Brad Nicholson tossed yesterday afternoon.