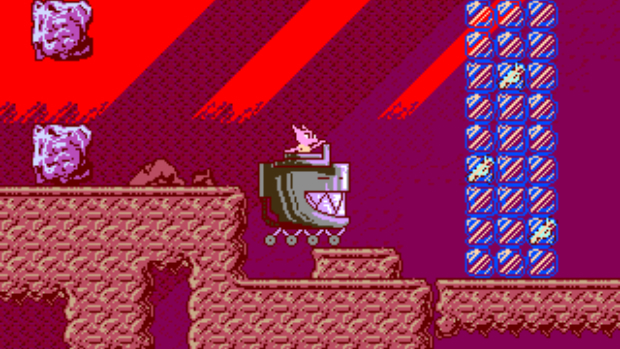 There is a lot to take in with this trailer for Mibibli’s Quest. It starts with what seems like a standard Mega Man-like, but soon after it introduces elements from Dance Dance Revolution, VVVVVV, shmups, and Street Fighter. For a title coming from a developer called Games for Weird People, it seems appropriate.

As with developer Ryan Melmoth’s previous game, which was an entry to February’s Flappy Jam, Mibibli’s Quest is free to download and play to completion. Melmoth is taking donations from players who enjoy it and want to support more wacky ideas like it.