“Moral choice” has been a popular feature in video games these days. To let the player make choices to shape their experience gives freedom and will make sure that no one experience is the same as another. To allow characters to live or die, to be good or evil, we see these types of choices in plenty of games these days. The only problem is that it is a video game designed by other people, so we’ll never have complete freedom when it comes to changing the course of the game.

One prime example of this is Shin Megami Tensei: Devil Survivor. In Devil Survivor, Tokyo is invaded by demons and thus put under lock down by the government. Throughout the next seven days you’re given choices to make that lead up to the end of the lock down. There are about five different endings and before the end you can decide what characters will live or die. I’ve played through the game about twice and can’t help but feel slightly bound still. Up until the actual endings there really aren’t that many choices to make aside from conversations. You can have a few characters die, but you really don’t gain anything from it aside from some twisted satisfaction. Everything up until the last day (or two) is mostly set in stone, it is a solid stepping stone before your decision to become a tyrannical Demon King, God’s Messiah, or just break through the lock down with brute force.

So while there is a small hint of freedom, every game is bound by the restrictions of the developers. Even then most people will problem just see completing it like a regular game and aim for every ending. The only thing about getting every ending is that you have to replay the earlier portions of the game over and over again, which lacks the same amount of freedom. After awhile it gets pretty monotonous to me, it’s like eating a good cereal that gets boring over time only to get a prize at the bottom of the box. (you could just throw all the cereal away, but didn’t do that when we were kids. 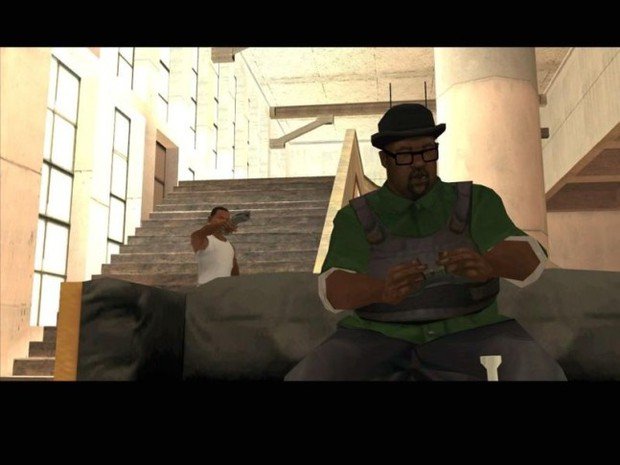 This is the opposite of when a game does give you freedom, too much freedom. Grand Theft Auto: San Andreas gives you a wide variety of things to do in the state of San Andreas. You can have fun by stealing cars and mugging people or go through the many storyline missions. Sure you could be sorta good and do police work or be a firefighter, but I’m pretty sure the game was never made with the intention of you doing those things. The main character, CJ, is a gangster so you’re probably gonna go on a sociopathic rampage, killing anyone who gets in your way. The thing about San Andreas is that there are plenty of things to do, but none of them work very well. The shooting mechanic is awful, the story missions can be really cheap sometimes, after a million times stealing a car from an innocent pedestrian after beating up an old lady gets old. I know lots of people loved this game, but after 10 hours of it I was bored and angry at it. While San Andreas is a large place it lacks quality and there aren’t really many moral choices to be made.

San Andreas obviously doesn’t really care much about morality compared to Devil Survivor, but plenty of other western games do. The classic decision to be good or evil is a pretty popular choice these days. The Shin Megami Tensei series embraced it before few other games ever did, in the form of law, neutral, and chaos alignments. Many more games have adopted this concept now, though things are more so seen as a strict good an evil rather than grouping most moral choices in the gray area. Good may as well not even exist though, the majority of people these days would rather be evil. I think that it’s because society has made us stick to the good faith of the law, so when given a chance to be evil and not face any real consequences we jump for it. People like what they are not and what they cannot be, do you know how many guys preferred female Shepherd in Mass Effect 2? A lot of them, though I’m sure not too many did due to sexual insecurities or machismo of some sort. 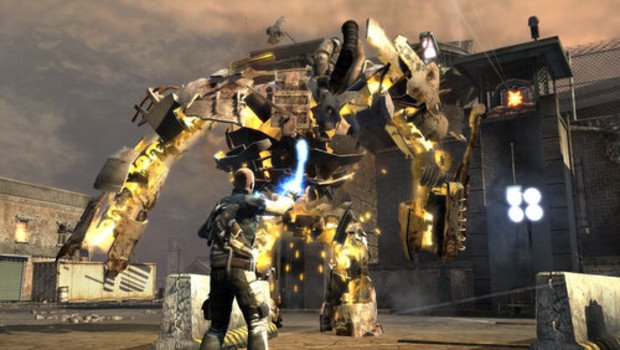 About a month ago I was playing inFamous, a game that has adopted the morality system I have spoken of. The thing is that it is quite awful. There is no gray area, no neutral. You’re rather a hero for the people or villain who only cares for yourself. During the beginning I tried making choices according to what I would do in such a situation, but that didn’t work. The Jedi-Sith morality system of inFamous works in the way that you only receive you “full power” by either being completely good (Hero) or completely evil (Infamous). Indecisive feelings will only make you weak. This is what makes the system terrible, there really aren’t any choices besides these two when it comes to morality. You can make several different decisions in the storyline, but by the end only a few matter.

I think moral choices are awesome, it’s great to be able to decide what path you want to go down. I just dislike splitting these choices into good and evil without a grey area or creating the illusion of choice when there is very little to choose from. Right now the entire morality mechanic is a mess that I think is difficult to do in a way that grants the player the freedom they desire. As technology advances so will video games and the limitations of the freedom players are given will disappear. So maybe we’ll be able to make the exact choices we want at some point in the future so we can kill off that secondary character that really pisses us off or just use this freedom to run away from the whole “save the world” plot.