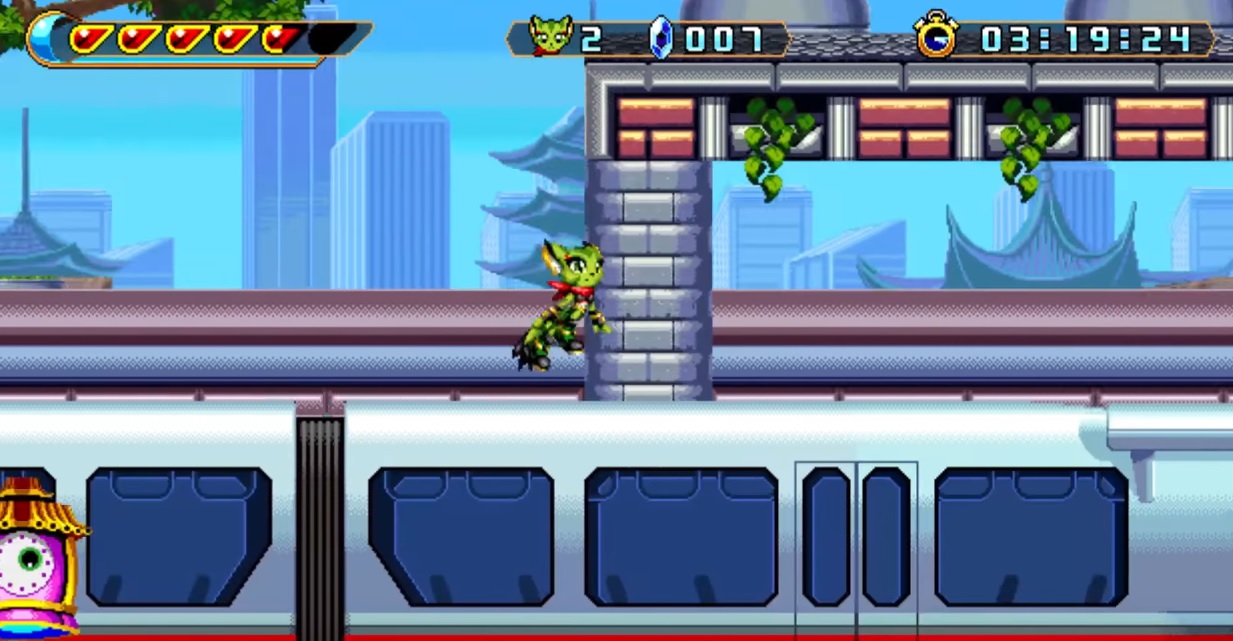 This train level is badass

I don’t often watch gameplay clips multiple times these days, but I’ve flipped through several recent Freedom Planet 2 videos as of late and man is it looking good. This one in particular focuses on Carol, a “wildcat” that returns from the first as a playable character.

GalaxyTrail notes that her “Jump Disc” ranged attack returns, as does her extreme mobility and wall jump powers. Does anyone else love that this went from “a Sonic fangame ripoff” in the eyes of many to a respectable little indie franchise? I mean if this one sells well and hits even more platforms, we could easily see more in the future.