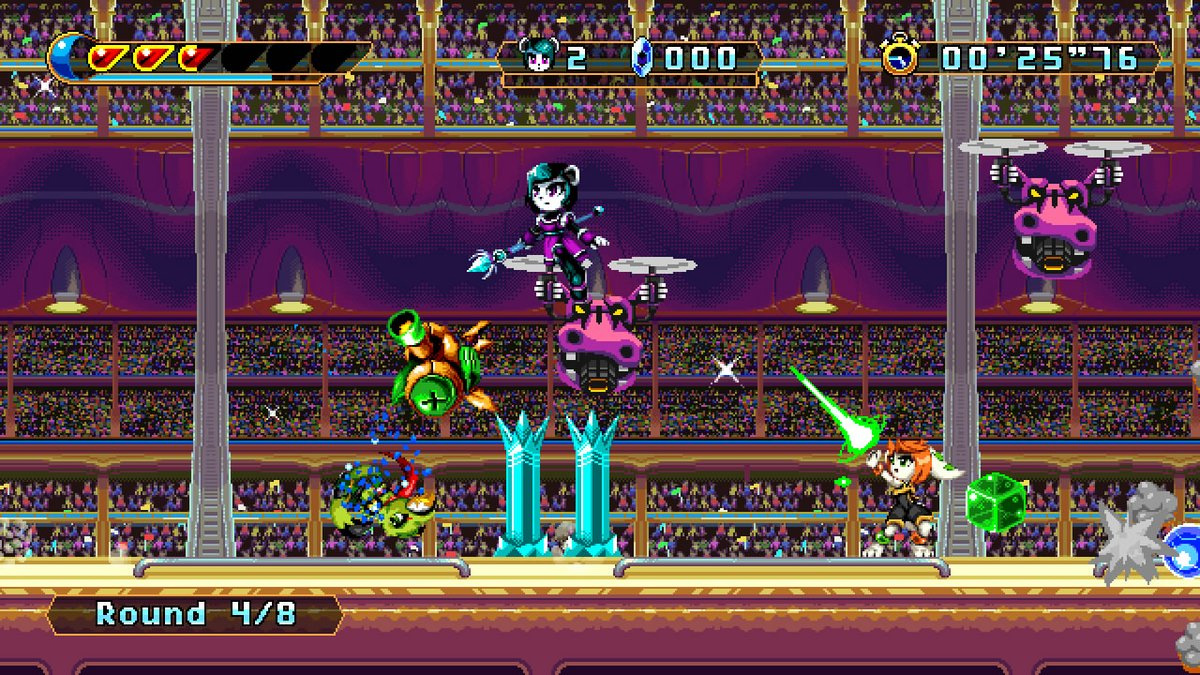 Today’s a good day to catch up with Freedom Planet 2. This trailer is bananas.

I actually had to pause the video after a couple of minutes to take a breather from the sensory overload. There’s a lot going on, and much of it looks fantastic. I particularly like the idea of hitching a ride on a giant baseball (shown at 3:35 and again at 3:55 for a “Home Run” mini-game). Fun concept.

The free playable Sample Version of Freedom Planet 2 for Windows and Mac has been touched up, too. With the latest build, “Lilac has a new Blink Dash ability that allows her to teleport across short distances; She can use it after guarding to either counterattack her foes or flee to safety. Carol has also learned some new tricks in the form of long-range kicking attacks. Neera can lay down Spike Traps to catch enemies, block projectiles, and spring herself high into the air. There are also tons of bug fixes, graphical and performance improvements, and more!” You can find the full notes here.

As for a release date, GalaxyTrail has one in mind but isn’t committing to it until it’s more of a sure thing. Also, “No confirmation on consoles yet, but we’re working on it!”